Today we went to “Music” street and searched for a piano. It turns out to be much cheaper to buy a piano than to rent one. So we bought a new Yamaha full keyboard electric piano for about $350.  Elizabeth hired a van to drive us and it back to her apartment. I was relieved when the driver agreed to carry it up the six floors for an extra fee.

The late afternoons are the worse time for jet lag.

I have been reading to Alex. Yesterday I read to her from Harold Bloom’s Stories for Intelligent Children of All Ages. Some Lewis Carroll, Edward Lear, and Aesop. It holds her attention well. Today I offered to read picture books to her instead. She seemed surprised that I would do that as well as read from books with no pictures.

Unfortunately we spent some time in her bedroom on the floor and my back is now aching.

But of course it was worth it.

This morning I purchased an audio book version of Snyder’s The Road to Unfreedom: Russia, Europe, America. I plan to read it anyway, but it holds my attention well as I exercise. 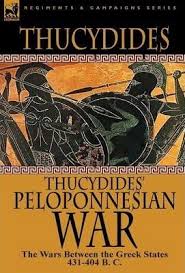 I find it interesting that Snyder points out that Thucydides wrote the History of the Pelloponnesian War while it was still happening. This contradicts the idea that history is something that is written about the distant past. Likewise, Snyder is bringing historical insights into the dystopian present.

Did you know that there are cave paintings like the ones in the Lascaux caves on every continent except Antarctica? Ehrenreich has an insight that the people who painted these paintings did so with a sense of humor and an awareness of their own mortality and possibly sardonically musing about their place in the food chain as “thinking meat” for the larger animals they eluded. The animals are treated in detail, but the humans are stick-like.

She talks about how the paintings had to have been a group project and even mentions the necessity to build scaffolds to do them.
She imagines the sounds that must have happened in the caves including singing.
Fun read.

2 thoughts on “buying a piano in Beijing and thinking meat”