Yesterday I chose hymns for this upcoming Sunday yesterday, then a prelude and postlude.

I have a huge hymn tune index to my collection of organ music which I have been assembling for years. This is very helpful in locating settings based on hymns. 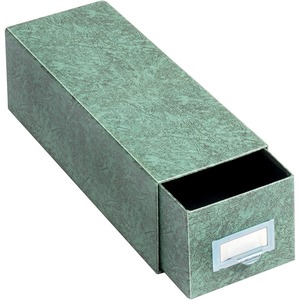 Since it is so big it would be a task to convert it to a digital database. It works just find on the 4 x 6 cards I use.

I have felt for years that preludes and postludes based on the hymns the congregation sings that day are some of the most appropriate material for those slots.

I had a public disagreement with a local Reformed musician who said this was not the case.

I realized immediately that we were disagreeing about different styles of worship.

My understanding of liturgical worship is that it is coherent and chosen texts such as anthems and hymns are best when they contribute or illustrate the readings assigned. So logically instrumental music is also ideally coherent with the feast and when it can be based on a tune sung that day that is almost ideal in my mind.

There is a huge corpus of material based on hymn tunes. Much of Bach’s organ music is based on tunes his congregations sang. We are not sure how they were used in worship. But it is probable they were either used in worship or considered connected to the tunes somehow in their use.

Last Sunday I played a couple of the Bach settings appropriate for Pentecost.

This Sunday the prelude is based on the opening hymn and the postlude on the closing. The proximity to the tune is satisfying to me.

Since it’s Trinity Sunday we are kicking off with “Holy holy holy!” (NICEA).

This is one I have sung all my life and enjoys a wide use  in US Xtian churches of many denominations.

Interestingly it’s author, John B. Dykes, was part of the so-called Oxford movement.

This 19th century movement was a combination of ritual interest and a Romantic awakening of appreciation of medieval and primitive Christianity.

When the Hymnal 1940 was assembled Dykes hymn compositions made up the largest contribution of tunes (22). The editors of the 1982 Hymnal only used about half that. 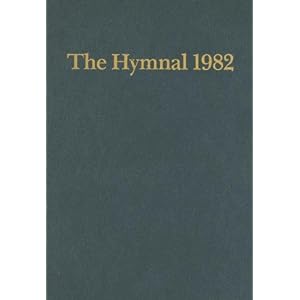 Nevertheless  his tune to “Holy holy holy!” is one that is familiar to many US Christians.

I am playing a gentle setting done by Robert Buckley Farley for the prelude this Sunday.

The closing tune, ALLEIN GOTT IN DER HOH EHR,  is like many German chorales actually based on a Gregorian Chant. The chant dates from the 10th C. the chorale from the 16th. I have scheduled four variations by the 16th c. Dutch composer, Johan Pieterszoon Sweelinck for Sunday.

I think Sweelinck music is quite charming. I often wonder why the local Dutch musicians don’t use his music more often. During Tulip Time they give marathon organ recitals at Hope(less) College, but in all the years I have been keeping track of it I don’t recall any of the players ever playing the music of this worthy composer.

The third variation I am playing Sunday has the melody in the Tenor voice. I transcribed this variation with this voice written in the pedal because that is how I plan to play it Sunday and it is a bit easier if it’s written out this way.

Here’s a Link to a pdf of it.Also a here’s Link to complete free scores of Sweelinck Harps & Organ…. couldn’t get it to load but I’m pretty sure it’s there.

I ran across a nice succinct video summing up Howard Rheingold’s ideas on skills needed to be internet literate these days.

Last week I was talking with an academic and received the impression that he viewed the internet more with alarm than excitement. I passed this video (and a link to Rheingold’s “Crap Detection 101”) to this person.

This must have been perceived has confusing to him but I felt that I needed to at least pass along this basic information about how to use the internet.

All of these interconnect to create the set of skills we need in order to function, learn and think today.

I like how Rheingold says skills plus community = literacy. I take this to mean that we need to hone our skills and then put them in the larger context of the human community. Only then are we in the position of understanding and conversation of ideas I think of as literacy.

In music this is clear. I keep honing my musical skills as a player, as an analyst, as an interpreter of history and a composer. But this ideas do not exist in a vacuum. I have to reach out to other musicians living and dead for their input and points of view in order to continue to be up to speed.

This process is sort of an institutionalized curiosity.

So many academics I have known over the years seem to have had their curiosity removed. In its place is a guarded self-preservative reservation about how much to share and how not to look foolish.

I find this sort of boring.

One of the things I like about Frank Zappa is that he seems to have spent his life throwing himself into direct contact with the stuff that interested him.  He called Varese on the phone as a teenager. Having only a high school education he died a sophisticated and highly informed composer and performer.

I keep learning from him.

He is an important part of my community.

Anyway here’s the video I linked in to my academic acquaintance if you’re curious. If it doesn’t work here’s a link to a page that has it.