My daughter Sarah brought me a ton of vinyl stickers she made of my drawing of my face (I sometimes use in my signature) and of my website address.

She makes them with this cool machine where she works:

Very cool. She and my wife sang “Happy Birthday” to me yesterday when she brought her birthday gifts in the room.

Besides the stickers she also gave me a CD.

and some very cool plates.

Church yesterday really took a lot out of me. Preparing the choir with little rehearsal is a bit nerve wracking.  Last week and this week I only had about forty minutes to teach them a piece from scratch for each service. The first week I did an arrangement of a hymn, yesterday I put an easy SAB anthem down a third (!) to make it more singer friendly (I often resist doing this sort of thing, thinking that I should be teaching people how to sing and to utilize their range… unfortunately I had to skip vocaleses in order to just learn the dam notes… oy!).

In addition I performed a Vaughan Williams organ piece (Musette) which I took a lot of pains to register.  In order to do this effectively, I ended up with a delicate and very quiet registration.  I thought maybe it was a bit too subtle but the one organist in the room told me (via her husband) that she quite liked it.  Delicate and quiet is a bit counter cultural these days.

I found a lovely paragraph in The Gift this morning:

Analyzing an early commentator on North Pacific culture, Lewis Hyde writes this in a foot note:

“Barnett’s language, the language of gift exchange, has procreation at its core. Generosity comes from genere (Old Latin: beget, buy valium london uk produce), and the generations are its consequence, as the gens, the clans. At its source in both Greek and Sanskrit, liberality is desire; libido is its modern cousin. Virtue’s root is a sex (vir, the man), and virility is its action. Virtue, like the gift, moves through a person, and has a procreative or healing power (as in the Bible story about the woman who touched the hem of Jesus’s garment in the faith that it would heal her: ‘And Jesus, immediately knowing in himself that virtue had gone out of him turned about in te press and said, “Who touched my clothes?” ‘).

There’s so much about this paragraph that I admire. I love it when the historical resonance of a word informs a deeper and more rich usage.  I love the idea that virtue has virility as its action, that generosity (of spirit as well as other things) begets the “generations” and the community (the clans).

This thinking stands in such stark contrast to the paltry one-dimensional understanding of life as economic transaction and commodity consumption that predominates in American cultural conversation.

It reminds me of Mozart (and other composers) whose vitality and sheer zest for living breathes throughout their music.  It is the difference between impotent and shallow living and dancing/embracing life. 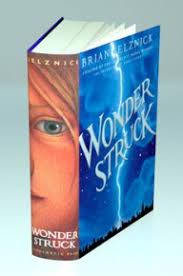 I was annoyed by a review of WonderStruck by Selznick by Adam Gopnik in yesterday’s NYT Book section.