Another good poem from William Matthews on the Writers Alamanac

A Night at the Opera

“The tenor’s too fat,” the beautiful young
woman complains, “and the soprano
dowdy and old.” But what if Otello’s
not black, if Rigoletto’s hump lists,
if airy Gilda and her entourage
of flesh outweigh the cello section?

In fairy tales, the prince has a good heart,
and so as an outward and visible
sign of an inward, invisible grace,
his face is not creased, nor are his limbs gnarled.
Our tenor holds in his liver-spotted
hands the soprano’s broad, burgeoning face.

Their combined age is ninety-seven; there’s
spittle in both pinches of her mouth;
a vein in his temple twitches like a worm.
Their faces are a foot apart. His eyes
widen with fear as he climbs to the high
B-flat he’ll have to hit and hold for five

dire seconds. And then they’ll stay in their stalled
hug for as long as we applaud. Franco
Corelli once bit Birgit Nilsson’s ear
in just such a command embrace because
he felt she’d upstaged him. Their costumes weigh
fifteen pounds apiece; they’re poached in sweat

and smell like fermenting pigs; their voices rise
and twine not from beauty, nor from the lack
of it, but from the hope for accuracy
of passion, both. They have to hit the note
and the emotion, both, with the one poor
arrow of the voice. Beauty’s for amateurs.

I’m up early and hoping my daughter made it safely back to England.  Distracting myself studying Bach’s Art of Fugue. What a magnificent work! I think I agree with Jordi Saval:

” the Musical Offering and The Art of Fugue

‘overcome the most rigorous challenges, whilst never sacrificing the expressive quality and musical eloquence which, even in his most elaborate and complex passages, provide the unbroken thread of Bach’s musical discourse.” quoted in Uri Golumb’s online pdf article “Johann Sebatian Bach’s The Art of Fugue“

Playing through the fugues on the keyboard,  I discover over and over moments of rare beauty in the midst of the complex counterpoint.

Samir Khan, Killed by Drone, Spun Out of the American Middle Class – NYTimes.com

American citizen accused, tried and executed on the spot.  The movie, “The End of Violence,” has long been a reality. 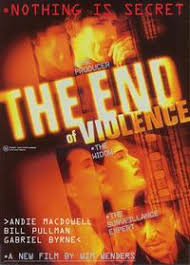 Idealism is missing in action in America. This article reminds me of a time when it was not:

” ‘[O]ur system is not lynch law. We will dispense punishment as the evidence demands.’ Led by the Americans, the Allies were insistent that the Nazi defendants be treated fairly; Burson’s pride in that ethos shines through on every page. This postwar idealism was one of the Greatest Generation’s finest qualities. Today’s cynical, divided country sorely misses it.”

You Love Your iPhone. Literally. – NYTimes.com

Love is different from addiction. 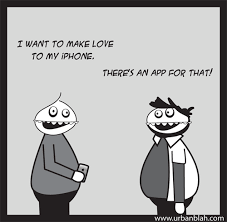