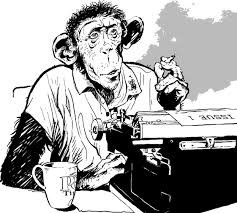 Back to the weekly grind. I haven’t had a regular schedule like this in quite sometime. At this point I only have one day a week (Saturday) where I don’t have work scheduled. The ballet accompaniment at this point adds up to about 13.5 hours a week. Officially at church I work 20 hours but it’s always more than that. So I have a pretty full schedule. For me.

I felt a bit vindicated this weekend. I recently murdered some music in public. The piece was an organ work by C. Hubert Parry. It was based on the melody “Rockingham.” It is a lovely little thing and fits nicely on my tiny romantic organ.  I pulled this piece out again for the funeral on Friday as well as another by this composer based on “Martyrdom.” I also played the latter yesterday for the prelude. In all cases I performed this little pieces well. I felt sort of like I owed it to Parry.

We also had applause after our choral rendition of “Jesus Met the Woman at the Well.” I ended up accompanying it on piano and playing in a Taj Mahal blues like manner, mostly understated and just supporting the singers. You can find recordings of it by Peter, Paul and Mary and others on Youtube. Unfortunately, I couldn’t find the one that I transcribed by Chanticleer. I did find one that I quite like:

In the afternoon I scanned in the first twenty pages of my Dad’s chronology/memoir.  My son has asked me for copies of this material. I figure I can scan in twenty pages or so and eventually have the entire thing in pdfs. It’s only 160 pages.  I emailed copies to everyone in the family and asked them to let me know if they want to be in on future emailings.

I’ve had a lot of nice compliments on my playing at the recent funeral including a couple of appreciative emails from my boss. I never quite know what hits people about a certain performance. I was at the piano and the organ for a good portion of two and a half hours at Friday’s funeral and played a lot of different music. I figure that different people take away different things from something like that.

One prof corralled me after church and complimented me on the funeral. He told me he liked the way I went from doing a gospel version of “Amazing Grace” on the piano and then went to the organ and played a different version of it. I thanked him and told him the organ piece was by George Shearing. 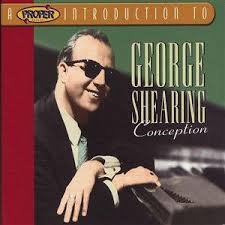 Though the man complimenting me is a very accomplished musician, he admitted he had never heard of this Jazz musician. I wanted to talk to him about the reason I chose the Shearing setting (which was the fact that one of Shearing’s strengths as a Jazz musician was his ability to reharmonize tunes in complex and satisfying ways… which showed a bit in his organ setting). I was afraid I might come off a bit weird since he didn’t know who Shearing was.

So I simply said to him that after hearing one of the eulogizers break into an acapella version of “Nature Boy” (with the words adapted to the gender of the deceased) and do such a nice job of this Jazz classic I was glad I had done a smattering of Jazz in the prelude (along with some gospel piano and lots of classical organ — the Parry mentioned above and beginning and ending with Vaughan Williams’ setting of Rhosymedre).

Okay. I’m having difficulty again with Comcast. It keeps going down. I have called and scheduled a technician to come out tomorrow. Right now I have managed to use my wireless to connect to a neighbor’s weak modem, so I’m going to finish here and post this.