I wondered if my improvisations would be affected yesterday due to the compositional efforts I have been making. In retrospect, it’s difficult to say. I wasn’t very happy with my prelude improvisation. I had planned to improvise on the communion hymn (Hymn 461 in The Hymnal 1982, Lord Jesus Think on Me). 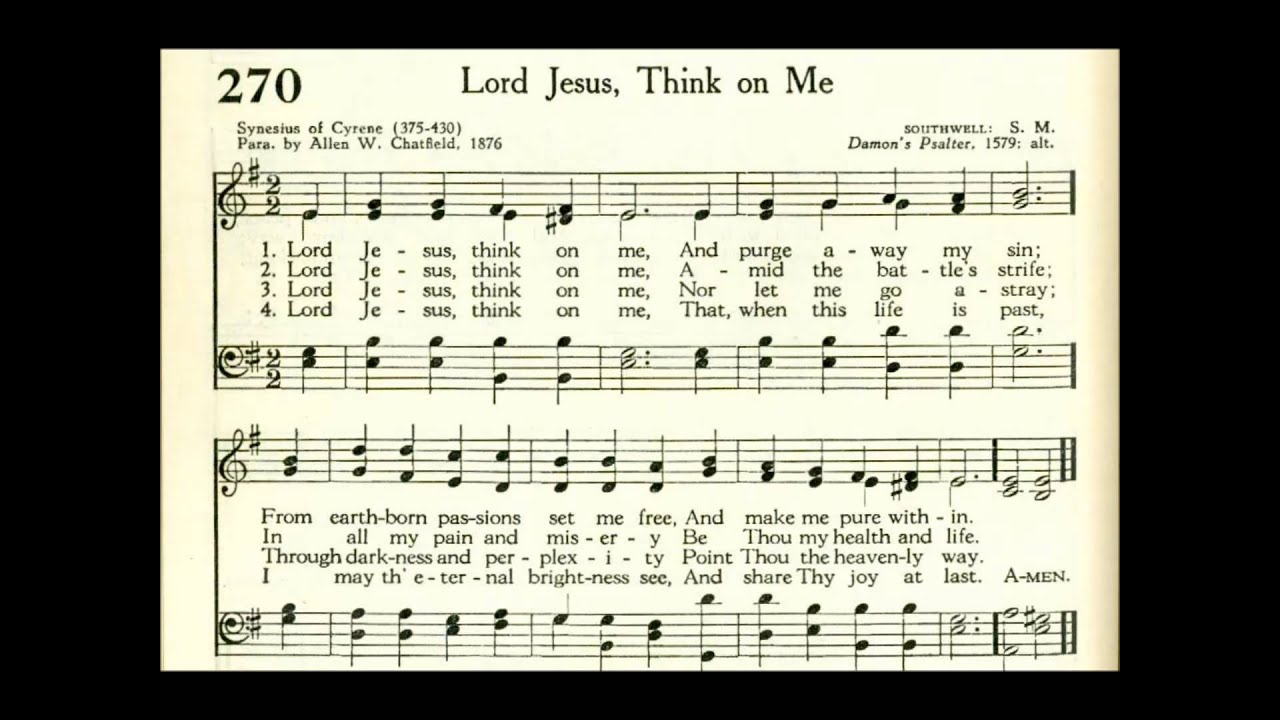 The harmonization in the hymnal confused me. I was expecting something more like the harmony above. I feared that not quite understanding the harmony of this hymn would affect my improvisation on it adversely, so instead I improvised on the Kyrie chant.

Eileen said she thought it was fine but I wasn’t pleased with how I worked it out. However,  I was happier with my postlude improvisation on “Come Thou Fount.”

The choir sang “Lord, for your tender mercy’s sake” a cappella. I thought they sounded pretty good. This anthem is sometimes ascribed to different composers. We have two versions, one ascribed to Hilton which we sang yesterday. The other is ascribed to Farrant.

We stayed after church for the Newcomer’s Brunch. I was over saturated with church after that.

This morning I spent several hours on composing a seventh movement for my set of dances. This was a setting of the theme. I am happy with it as a first draft. I pushed on and finished the entire thing, but decided to rewrite the beginning to be as good as the ending. This reminded me of how sometimes when I’m writing prose, the beginning is rubbish  but helps to get me going. I often go back and cut the beginning which is basically what I did with this musical composition this morning.

Later after lunch I worked on a couple of the other movements. I am finding that composing for a longer period of time in one sitting exhausts me in a unique way. I have been spoiled in most of my life to be able to compose then put a work down for a while and come back to it renewed. It’s different to persist.

But I have decided that it’s time for me to stop working on this for today. I’m hoping to get in some more hours on Tuesday. After that I’ll work sporadically on composing for the rest of the week interspersed with my usual rehearsals (choir and trio). The deadline of just after Easter is looming up at me. I may not have all seven movements in shape for this deadline, but I probably will have enough.