Interesting day yesterday. I baked a peach pie prepared the day before as I blogged. Took it with me to staff meeting. The staff meeting was very low key. A lot of good feelings about the recent Holy Week celebrations and the direction the church is heading in. The boss is pleased.

After the meeting I took some time and practiced organ. I think I have about four movements (theme and three variations) of the piece I have been working on that I possibly can play this Sunday. I think that’s pretty good for a piece of organ repertoire like the“Variations sur un noël” op. 20  by Marcel Dupré.

I purchased a recording of this piece on Amazon. It was an album of pieces played by Ji-yoen Choi. As I was listening to her album, my attention was caught by the last movement of Bach’s E minor trio sonata for organ. I liked it so much I began rehearsing it yesterday. I love the organ trios of Bach. They are fun to play and challenging in a uniquely organ way. Thinking seriously of learning this movement.

In the afternoon I received a package of used music I purchased from my previous organ teacher, Craig Cramer. From time to time he sends out an email of a list of music he is selling. I bought about 30 titles from him including pieces for organ by Milhaud, Copland, Gerald Near, Vaughan Williams and Stanford. 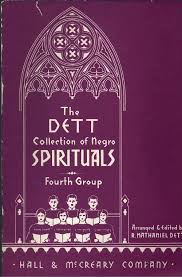 I also bought three volumes of The Dett Collection of Negro Spirituals and six piano vocal scores of Bach Cantatas I didn’t own.

I immediately set about indexing the organ music based on hymn tunes.  I do this by recording the composer and  name of a setting on a 4×6 card with the name of the hymn tune at the top of it. I have been keeping this index for several decades and it is very handy for finding organ music in my collection based on certain hymn tunes.

At 5 PM I met Nate Walker and Jordan VanHemert at Nate’s house. We met Roman Tarchinski at the High School for our first gig as a foursome.  While there was some very fine playing on all of the players parts at the gig, I’m hoping this group will settle into a bit more equal partnership of players since each musician has a unique musical insight to offer to our collective sound.

This is Nate, Roman and me at our last gig. I found the gig in this picture a bit more laid back and creative than last night’s. But still I had fun and was happy to be asked to play with these guys.

Today I have another full day. I take my Mom to the Neurologist, meet with my boss and then a piano trio rehearsal. Eileen is driving off to meet nephew Emily and pick up Alpaca poop together. 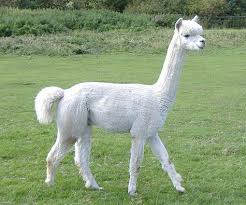 Apparently Alpaca poop is top notch fertilizer due to the fact that Alpaca have three stomachs and their poop is a gentler mix of nitrogen and lower in phosphorus.

I need to get going on a string arrangement I have agreed to do (Yellow by Coldplay) and pick out some choral anthems for the rest of the church year.  Not to mention bearing down on some upcoming piano pieces I have to perform: A movement of Glazounov’s ballet, Raymonda for the May term of Ballet classes and a couple of Debussy piano pieces for an upcoming wedding.

As usual I stay pretty busy for someone with the self image of a “bum.”

Anatomy of a Fake Quotation – Megan McArdle – National – The Atlantic

This is pretty interesting. I saw this quote going around on Facebook and didn’t think much of it. Apparently due to cut and pasting and “sharing”, some quotation marks got mislaid and some words were attributed to Martin Luther King that he never said.

A Canadian take from the Montreal Gazette on recent events.  Haven’t read it yet, but plan to.

NYT editorial about efforts to get a Judge to recuse himself because he’s gay. Sheesh.

“After the trial, Judge Walker said he is gay and involved in a long-term relationship. Last week, Proposition 8’s lawyers argued that the ruling should be tossed out because he had had a duty to recuse himself, or at least disclose the relationship at the start of the case.

“The claim is bogus.

Another NYT editorial. I thought it put it well. I continue to be a bit disturbed at the hatred and anger that is directed at the President. This bothered me with Bush as well even though I totally disagreed with his presidency. Civility and good behavior in public is paramount to me.

“One of the subtexts to this argument is that Mr. Obama is not a true American, a thread soaked in the politics of fear and racial intolerance that runs through so much of the anti-Obama right.”

I continue to abhor violence enacted by governments. Torture is for me the opposite of concepts I think America should stand for, namely freedom and the willingness to tolerate and respect those we disagree with.

“….[A] closer look at prisoner interrogations suggests that the harsh techniques played a small role at most in identifying Bin Laden’s trusted courier and exposing his hide-out. One detainee who apparently was subjected to some tough treatment provided a crucial description of the courier, according to current and former officials briefed on the interrogations. But two prisoners who underwent some of the harshest treatment — including Khalid Shaikh Mohammed, who was waterboarded 183 times — repeatedly misled their interrogators about the courier’s identity.”

I have bookmarked this article to read. Maureen Down referred to the quality of this reporting in a recent column and I thought I would check it out.

3 thoughts on “another day in the life”