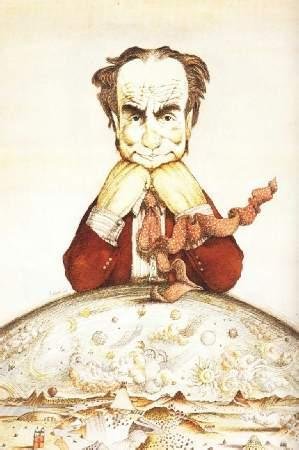 The New Yorker has two podcasts in which living authors read stories by him. I like listening to them at night. They play over and over on my tablet and enable me to quit thinking and fall asleep.

Here are links to them if you’re curious.

“The Daughters of the Moon” by Italo Calvino read by Robert Coover. 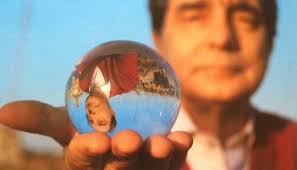 The first of these two stories is one of Calvino’s Cosmicomics. I have recently ordered both the Kindle book and a real book of this collection. I also purchased the narration that comes with the Kindle book.

“The Daughters of the Moon” contains a thinly veiled critique of consumerism and specifically mentions Thanksgiving. Although it was written in the mid 60s, it was published in the New Yorker posthumously on Feb 23, 2009.

Here is a cool excerpt:

“That morning, the city was celebrating Consumer Thanksgiving Day. This feast came around every year, on a day in November, and had been set up to allow shoppers to display their gratitude toward the god Production, who tirelessly satisfied their every desire. The biggest department store in town organized a parade every year: an enormous balloon in the shape of a garishly colored doll was paraded through the main streets, pulled by ribbons that sequin-clad girls held as they marched behind a musical band. That day, the procession was coming down Fifth Avenue: the majorette twirled her baton in the air, the big drums banged, and the balloon giant, representing the Satisfied Customer, flew among the skyscrapers, obediently advancing on leashes held by girls in kepis, tassels, and fringed epaulets, riding spangly motorcycles.”

This is a kepi:

All governments are jerks (and apparently dishonest).

How to Make Potatoes – NYT Cooking

This is kind of interesting. I picked up some tricks.

MLK’s Mother Was Brutally Assassinated Too, But Here’s Why Many Don’t Know About It | I Love Old School Music

I did not know this story.

I like that this playlist (scroll down) includes such a wide range of styles. BBC do not leave their shows up indefinitely. This one expires on Dec 17, 2017.