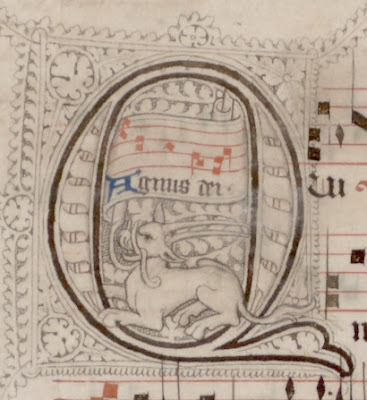 Yesterday I starting writing a congregational setting of the part of the Eucharist rite where the bread is broken. This called the Fraction Anthem for obvious reasons. The usual text is Agnus Dei or Lamb of God. 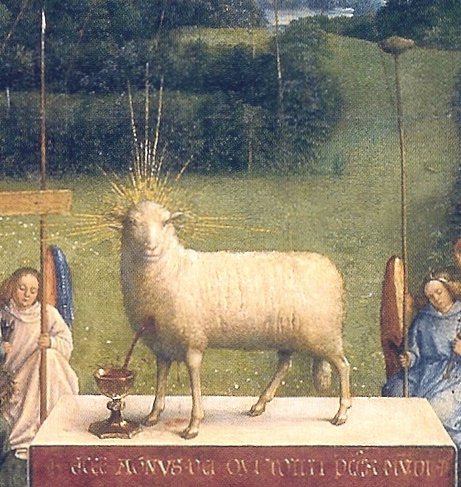 We recently started actually “fractioning” the bread before distributing it at my church. This was my suggestion. The idea is the breaking of the one bread into many parts is symbolic of the idea of we are many and one in Christ. You get the picture.

So we restored singing the “Fraction” anthem to this part of the ritual. My boss seems to have a propensity for the optional text: “The Disciples knew the Lord Je- sus in the breaking of the Bread. The Bread which we break, Alleluia, is the communion of the body of Christ. One Body are we, Alleluia, For Though many we share one bread.” That’s what we are singing now. I thought I would try my hand at making a setting. I decided it would be a companion piece to my Jazz Holy Holy I wrote in 2010.

So I worked on it yesterday. Got up this morning with the idea I could get a draft version ready for my meeting with Pastor Jen today at 10:30.  Skipped my morning poetry routine and got right to work on it this morning.

After an hour or so, the stupid stupid program I was using (Finale) froze. I had to restart it and it seemed to have not done it’s supposed assigned routine of saving every five minutes automatically and I lost lots of rewrite. Fortunately I am working from a hard copy I used to write it yesterday so the ideas are not lost, just the work. Letters in response to Disaffected Catholics – Leave, or Stay? – NYTimes.com

I liked this comment from a retired historian of religions, Jean E. Rosenfeld in Pacific Palisades, Calif.

The predominant religious movement of the era is fundamentalism, the literal misreading of sacred texts and traditions that motivates world-changing political activism at the expense of rich and complex traditions.
It started in early 20th-century America among Protestant dissidents who rejected advanced biblical criticism in the mainline churches. A century later, versions of fundamentalism afflict nearly all the major world religions from India to the Vatican.

Doctor Frankenstein’s monster could walk and talk, but that didn’t qualify him to vote in the doctor’s place.