Eileen booked air flights for us to California and England last night. I managed to exhaust myself with silly tasks so that by evening I was burying myself in Burgess’s “You’ve Had Your Time,” and Greenbaum’s “William Shakespeare: A Compact Documentary Life.”

I did manage to get some organ practice in. This morning, I will perform the first movement of Distler’s organ trio sonata. I have been working at this piece for years so I am expecting it to go pretty well. I like the first movement of this piece a lot. It’s musical ideas are attractive and spectacularly logical in a surprising way (this is the way I respond to Distler in general anyway). I’ve also been working on William Bolcolm’s setting of “Motherless Child” which is devilishly difficult and dedicated to Marvin Gaye. My brother Mark pointed out to me Bolcolm’s irony in dedicating this piece to Marvin Gaye, since he was murdered by his father.

I find the Bolcom settings a bit mischievous. I have purchased his collection, “Gospel Preludes,” in which “Motherless Child” is found. I wonder about the fact that Bolcom hails from that bastion of organ pedagogy U of M. Since he was chair of the composition department, it does occur to one to wonder what all of those fancy organ teachers thought of his work. His music seems very disconnected from the organ studios there for sure. I know my teacher at Notre Dame never mentioned his work even though this collection was published by the time I was in grad school.

I think Bolcom successfully tweaks the organ world with these compositions.

They utilize difficult chords in difficult keys but still manage to sound quite listener friendly. I have enjoyed working on the one I have chosen but it’s going to be quite a while before it will be ready to air in public. And all of the settings in this opus seem to be similar in this respect.

Bolcom also tweaks the staid professional church music world of the AGO by setting tunes normally considered trite by your standard AGO musician: “Just as I am,” “Abide with me,” “What a friend we have in Jesus,” “Sweet Hour of Prayer.” Interestingly enough I have found myself more and more interested in the tunes of my childhood (of which these are representative). I think I am interested in American music in general and especially those styles which were ignored by my college training.

On another note (sic), we are performing a little two part french baroque anthem this morning by a composer I have never heard of (Lallouette). I have also prepared a movement from Francois Couperin’s Mass for the Parishes for today’s postlude. I have had a bit of a jones for Couperin this week and have had to pull out my vinyl recordings of his “Concert Royaux.” Lovely stuff. I also have played through some of his keyboard work along with a big dose of Beethoven piano sonatas recently. 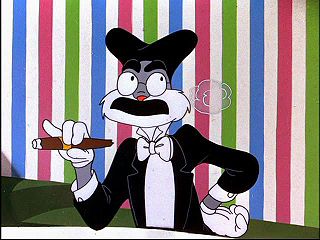 I am feeling a tad desperate this morning thinking about how I will make it through this service at church. I have prepared a version of Hymn 123 to be placed in the bulletin after finding out that this charming little tune has a wrong note in it in the Hymnal. This fact was in the Hymnal Companion. “Alleluia Song of Gladness” is set to a 12th century melody. The accompaniment in the Hymnal 1982 is by the omnipresent composer Richard Proulx (He also did the arrangement of the Lallouette french composition we are singing today). I don’t like it at all. It’s just for handbells and percussion which I am sure is lovely when done with the right instruments. I on the other hand will accompany it either with folk ensemble or by myself on the organ. Either way I worked out an acceptable (to me) harmonization yesterday during my organ practice so that I can do it either with guitars or by myself on the organ.

My desperation mentioned above has little or nothing to do with the music I will perform.

It’s more about the people I will have to deal with. Due to my burnout I am finding the pathology of working with unhappy people a bit trying. Oy.