I’m feeling a little better today. My feet aren’t as swollen. My daughter Sarah did the dishes for me this morning so I didn’t have to stand like I usually do. It’s hard to say why I feel better, but my feet definitely benefited from not having to get up and stand a long time. Yesterday morning I did the dishes for over an hour. Maybe that contributed to not having a great day.

Right now Eileen, Sarah, and Lucy are in downtown Holland shopping. I managed to get over to church before lunch and get stuff ready for tomorrow.

I also dropped by the library and picked up some poetry books by Donald Hall and re-checked out the library copy of Negro Side of the Moon by Early S. Braggs. 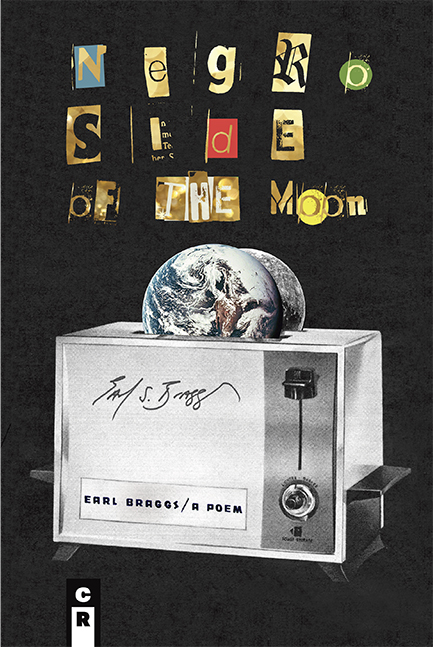 I was reading in my copy of Negro Side of the Moon when I noticed that he didn’t keep the long line format throughout. This aroused my curiosity. Comparing the two versions, I find that Braggs rewrote the first 43 couplets extensively making the lines longer by a few syllables. In these first 43 couplets he tidies up the poetry mostly by omitting words here and there. Then in the 44th couplet the new version is the same as the old one and reverts to the shorter line. So far I have compared couplets 44 through 164 and they are the same. I’m planning to continue reading both books to note what changes he made in the old version. I do think that the rewrite improves the poem some, but not that drastically. 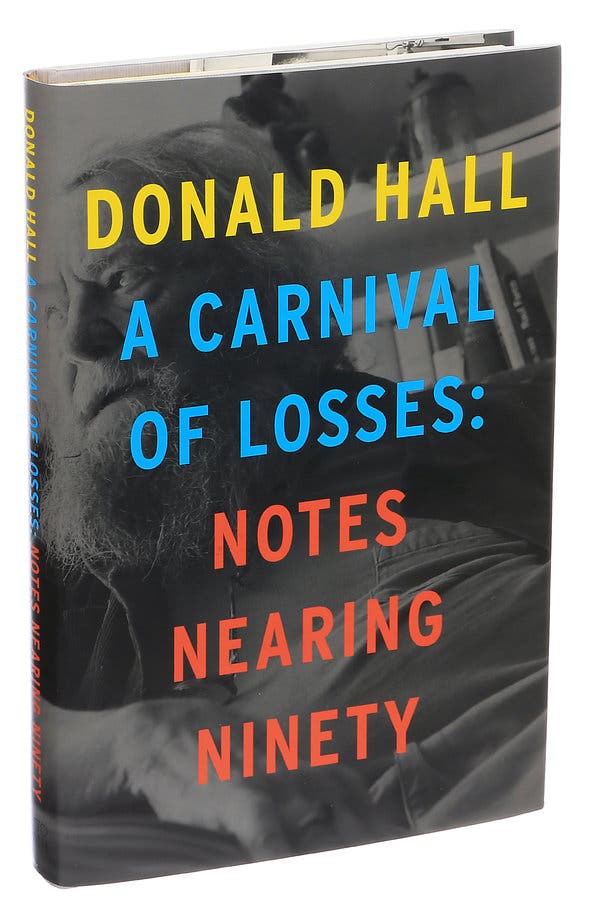 In his A Carnival of Losses: Notes Nearing Ninety  Donald Hall writes about how his poetry improved at one point late in his life after Jane Kenyon his wife died. He does this in the essay entitled, “Necropoetics.” It occurred to me that at one point I quit reading his poetry. Or at least I quit following his new books of poetry as they came out. I was interested to see if I agree with him, so I rustled up some books by him at the library today.

I have been reading in Without by him which seems to be poems about his wife’s long illness and death. I’m about half way through. The poems are moving, but I’m not sure how good they are. In his essay, “Necropoetics,” Hall writes “After her death, I was able to assume a diction as potent as Jane’s… In the months and years after her death Jane’s voice and mine rose as one, spiraling together images and dipthongs of the dead who were once the living, our necropoetics of grief and love in the unforgivable absence of flesh.” (p. 146)

What that last sentence is undeniably beautiful, I’m not sure that Hall’s work rose to the level of his wife’s. I had previously concluded that she was a better poet, but that’s just my opinion. I have read more of Hall’s prose than his poems, I guess. I think his prose is pretty good. But I want to investigate to see if his poems really became as good as Jane’s.  The first half of his book, Without, has not convinced me, but I’m still trying to keep an open mind about it. After all, looking for poems I like is something I enjoy doing especially when I find one.

NYTimes: Did Hell Freeze Over? My Republican Dad Is Voting for a Democrat

By Sarah Vowell. I’m a fan of her work.