As the instructor arrived at the ballet class yesterday morning, I was playing a Mendelssohn’s “Song without Words,” the one in E major.

I was playing it slower than this recording. It is the one I was playing when the other instructor had asked me if I was preparing for something. Presumably she meant a recital or something. To which you may recall  I said no.

Anyway, yesterday the instructor eventually explained to me that she had danced to this music. She said that she had played the “child” in the piece.

This indicates to me that it might be a set piece she danced in. Often there are sort of classical set pieces that are part of the furniture of the classical ballet dancer’s and teacher’s mind.

When I searched online to see if I could find a video of it, I found this:

This uses two other Songs without Words by Mendelssohn. I was fascinated by this video. In the first section, the ballerina dances alone. The coordination of her movements with the music interested me. She is on the music, and her dance has the musicality of the piece. Then in the second section (a break is edited out while she changes into point shoes), she is joined by the choreographer himself.

The contrast between them is striking to me. She is pretty much a quintessential ballerina. But him. He is old for a ballet dancer. He has a pot belly and moves a bit slower but still with dignity.

For many years dancers had to quit dancing when they began to age and lose any of their agility. This has changed in some areas of dance. A change for the better in my estimation. The older male dancer in this piece adds a fragility and beauty that could not be done in the same way as a young man.

There you have it. I notice that no credit is given to pianist.

Music stands in odd relationship to dance. Its is necessary but secondary in an extreme arena of performance.

In class yesterday, the instructor gathered small groups of dancers to talk with us about their assignment of creating a series of combinations at the barre emulating a dance class. Specifically we discussed how the combination is given a musical introduction, how the instructor outlines what they want in the dance which implies how the music might fit it, how the instructor will cue the musician to begin.
This was lots of fun and a bit unusual. Pianists play that role mentioned above. Maybe it’s like being heard  but not present really. There is an etiquette of respect in the dance world for the musician. Yesterday the teacher mentioned that she “worships” her musicians. And indeed she does treat me politely to the point of deference.

But at the same time, the music must take its place in service to the dance. It’s an interesting conundrum.

Later in the day, I recorded myself playing the Mendelssohn organ piece I plan to play Sunday. I learned  a great deal from this. I need to make my tempo steadier (worked with a metronome) because once again I am rushing in places in an attempt not to drag. If I set out at the beginning with a specific tempo in mind the piece falls together better.

I also learned that my phrases and little bits of accompaniment felt choppy.

Here the answer was to think more about the floating nature of my hand technique. That helped.

Boy, recording oneself is helpful if painful. 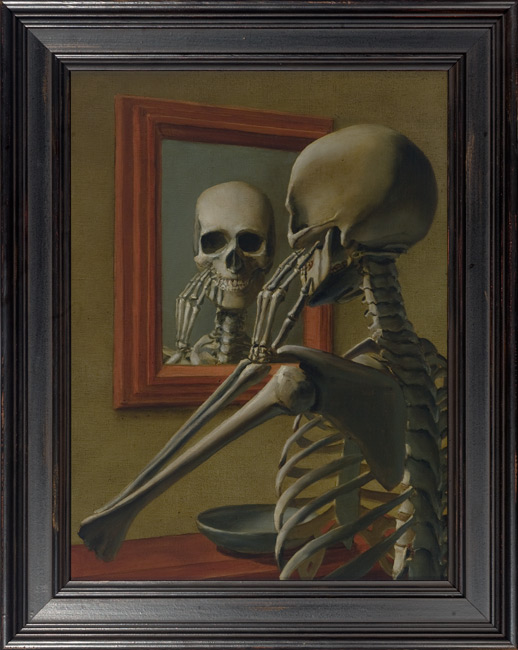 In Defense of Telecommuting – NYTimes.com

This is about the Yahoo thing of course. You know, where the new CEO forbids working from home. I especially liked the phrase, “The Dilbertization of Yahoo.”

Krugman always makes sense to me.

David Brooks writes about the notion that the Orthodox Jews of Brooklyn combine a modern Whole Foods type life with keeping Shabbat.

Meir Soloveichik, my tour guide during this trip through Brooklyn, borrows a musical metaphor from the Catholic theologian George Weigel. At first piano practice seems like drudgery, like self-limitation, but mastering the technique gives you the freedom to play well and create new songs. Life is less a journey than it is mastering a discipline or craft.

In Supreme Court Debate on Voting Rights Act, a Dubious Use of Statistics – NYTimes.com

Nate Silver continues to illuminate the best way to think of statistics.

I heard part of this report on the radio yesterday. I was unable to verify some of the more outrageous claims but did find a couple more links online.

It looks like Facebookistan is attempting to “monetize” but one wonders if they will do the standard business approach to the interweb and kill the goose that lays golden eggs. If not kill the goose at least discourage it from using Facebook as much.

Disturbed by footage of a deadly aerial attack on Iraqi civilians in 2007, he [Manning] said, “I wanted the American public to know that not everyone in Iraq and Afghanistan are targets that needed to be neutralized, but rather people who were struggling to live in the pressure cooker environment of what we call asymmetric warfare.” Such a sober meditation on the human cost of US military force is precisely what was missing from the press during the run-up to both wars.

How Does the Brain Process Art? | Science & Nature | Smithsonian Magazine

I found this article when I was image searching for yesterday’s blog pics.

Save me from the good racist people. Good take on this.

Ad Campaigns Fight It Out Over Meaning of ‘Jihad’ – NYTimes.com

This article eventually gets around to pointing out that one side of the fight is coming from hate groups.

I found this article helpful in understanding the background of the sequester.