I finished re-reading Anthony Burgess’s two volume autobiography last night. It was with a small sadness that this brilliant articulate man is no longer around. His widow died recently.

But we do have the books and I’m forty pages into his first work: Time for a Tiger.  I hope someday to get access to his compositions. I’m afraid I won’t like them quite as much as his fiction and essays, but what the heck.

The session with John Canfield the consultant yesterday went okay. We basically reviewed the working draft of the mission statement and strategic plan the parish team has been working on. I continue to find myself shut down in my relationships with other workers. Probably not that bad a thing but a bit depressing.

Night before last, I dreamt of guitar playing.

I haven’t been playing my guitar so much in the last year or so. In one of the dreams, my wife, Eileen, was the lead singer (this is totally out of character for her) and I was backing her up. First on banjo. But then a string was unraveled and there was no time to put on a new one. We were about to perform my song, “Candle.” So I grabbed my Martin. The upper three strings were badly out of tune. I managed to quickly tune them (this was a dream, remember?). Then I noticed that the lower string was tuned to an open D instead of E. I began tuning it up. That’s the last I remember.

Last night’s dream was unusual because it found me re-assuring my dream daemons instead of them helping me (more the usual case). 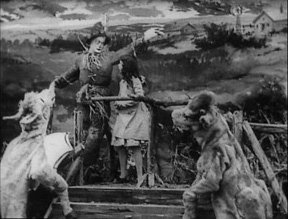 The first person was a drummer I was playing with. He wasn’t a very friendly person particularly. He was a bit stout and had grey hair and a fake smile. I began telling him why I enjoyed playing with him, giving him support I knew he needed but was unable to ask for.

The other person was a dance instructor. Someone had been found dead in the small pool that somehow figured into her classes. She was traumatized. She was also oddly hanging upside down.

I was talking with her. I asked her if there was anything I could do for her. She thought for a minute (upside down remember) and then said she needed a hug. So I awkwardly hugged her upside down. Then she said that it didn’t take to do it again. I did. Then I began telling her how much I liked her and respected her work and personal strength. She asked me why I was doing this (i.e. suddenly telling her how I felt about her)? I replied I didn’t know but that it just occurred to me say it to her.

Today is once again filled with church business. I have a 10 Am with a woman who has asked to meet with me to teach me how to address my shortcomings of dealing with people.

I am hoping that my skepticism will be dampened as it was yesteday in the staff meeting. (But I don’t think so). A worship commission meeting this afternoon. These are often a source of ambush for the music guy. All done with the nicest  smile. Good old church work.

Yesterday I picked out music for the organ for the choir’s first Sunday (at least I think it might be their first Sunday….. we’ll be revisiting all of this on Thursday at their first meeting).  I am planning to play two chorale preludes by Buxtehude. One on Vater unser in its entirety and excerpting his extremely long piece on the Te Deum.  Nice stuff.

0 thoughts on “burgess, dreams and church”