Skipping posting blogs here two days in row might account for the extreme drop in visits I had yesterday (Monday: 40, Tuesday: 43, Wednesday: 20). But I’m not exactly sure what these mean since I don’t delve deeply into the info Google analytics provides.

For some reason this morning feels like a Monday morning to me. Yesterday was very full and ended with the second Grace choir rehearsal of this season which went fine. Last night after rehearsal I skipped my usual martini (followed by glasses of wine). Also no snacking which is the goal. It is much easier for me to skip the snacking sober.

I’m hoping some of this behavior modification will result in enlarging my “energy pie.” I think it might be beginning to work a little bit. Thursday mornings usually find me in a specific fit of introvert exhaustion after herdng my choir members like cats.

Weirdly yesterday found me sitting at my piano working on a little melody to add to “Mental Floss” an hour before rehearsal. I hope that my energy and patterns can change a little bit. But we’ll see. 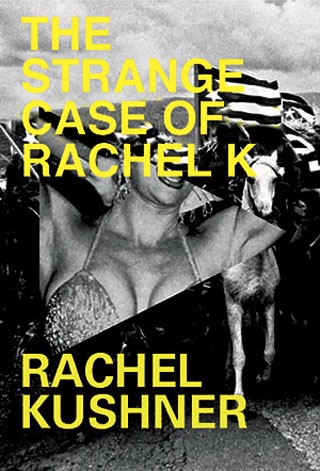 I have developed a habit of resting on Wednesday afternoons when there is a rehearsal in the evening. Part of this is laying in bed and reading. Yesterday I finished the thin short story collection The Strange Case of Rachel K by Rachel Kushner.  These three stories along with the title story of The Pugilist at Rest by Thom Jones provide a much needed reality check on my life in Holland, Michigan, USA.

Kushner writes three dreamy brutal takes on Cuban life.  Jones writing in 90s is equally brutal and eloquent. I have ordered a used copy of Pugilist at Rest.

I read some of Raymond Carver’s poems again this morning. His weird California dreamin’ approach to addiction and living the dream is helpful as well. I found it funny that he wrote a poem about Charles Bukowski (in the first person): “You Don’t Know What Love Is: An Evening with Charles Bukowski”

I read the Bukowski poem for the first time a few days ago. I like both poets and I like the way Carver manages to skewer irascible Bukowski (no mean feat).

Staying afloat in Trump’s nightmare of America requires not only beautiful music daily but the help of poetry and ideas.

I ran across a wonderful quote in Derek Wallcott this morning. Writing in the voice of a contemporary red headed Caribbean sailor Wallcott describing his mixed African American, Dutch and English heritage Wallcott has him say: “… either I’m nobody or I’m a nation.” This seems like a choice Americans are making right now.  I’m not too big into national thinking, but I can’t help but wonder if Wallcott is describing our new abyss of a country (we are nobodies).

I also read the beginning of Hilary Clinton’s new book, What Happened. I’m probably not going to finish this book. But it is a timely read. Also I’m convinced that whatever the phenomenon of HRC means it is definitely colored in huge part by ongoing misogyny.  I have read reviews of this book which basically say she should stay quiet. Wow. She is, of course, a politician and I suspect that personality type is fundamentally incapable of making a good book (pace Obama). But at the same time I am interested in what she has to say about the weird 2016 election.

Donleavy is an author I have read and admired and mentioned recently in posts in this blog.

I continue to plow through Edward E. Baptist’s wonderful The Half Has Not Been Told: Slavery and the Making of American Capitalism. His meticulous research and use of contemporary narratives by people who were slaves makes me want to seek out more first hand accounts. This book is a compendium of interviews from a WPA project of interviewing people who had been born slaves and were still alive in the 30s.

Man Booker Shortlist Is Half American – The New York Times

Apparently HRC cites 538 in her new book. I haven’t gotten that far yet.

William Hayden, b. 1785. Narrative of William Hayden, Containing a Faithful Account of His Travels for a Number of Years, Whilst a Slave, in the South. Written by Himself.

This is one of the aforementioned first hand accounts which is entirely online. Cool.

She Was Teaching Him to Walk. He Shot Her From His Wheelchair. – The New York Times

Carter refuses to give up. Bless him.

Humans sorting themselves by appearance is so disheartening especially from the perspective of a country built on treating people with darker skin as property and inferior.

The South Doesn’t Own Slavery – The New York Times

I found the scholar who wrote this article, Tiya Miles, cited in a footnote in Edward E. Baptist’s book the next day after I read this article.

Believe it or not, I’m trying winnow the links I share here since I haven’t put many links up lately. I love these collections.  Here’s a cool recording from it which was made at Le Poisson Rouge, a club I have visited and would be a regular patron of if it was closer.