Since 2000 I have subscribed to the New York Times. Before that I don’t believe it was available here in Holland. Last year, I decided I would try to go paperless and started reading the New York Times exclusively online (via Times Reader). At the same time, in order to keep  my subscriber status, I donated my hard copy to the local branch of the library where my wife works. The manager and I have had a difference of opinion about the importance of a library subscribing to the NYT. I think any library in the good old USA should have it for readers.

It turns out my wife’s boss was right. Very few people actually pick up the NYT there. Yesterday I called the New York Times and told them I wanted to switch from being a subscriber to just an online reader. Surprise, surprise, there was no way to easily do that. I had to cancel my subscription (I asked the library manager a week ago if she would mind if I unsubscribed and stopped donating the paper to the library. She didn’t mind.). Wait until that takes effect because any attempt to subscribe to the Times Reader detects that my email is aready being used for my current subscription and denies me the possibility of creating an account. 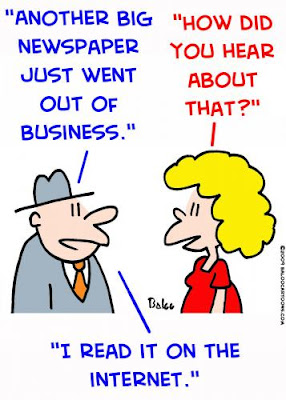 When this sort of thing happens, I am tempted to consider just not subscribing at all and getting my news like so many do free online. On the other hand I am committed to the idea of journalism and reporting as part of community, being informed and the democratic process. I just have reconciled the romantic in me that I no longer need to kill trees to read the news. Unfortunately, like the auto industry, US papers are stuck in the mind set that journalism is a newspaper.

All this talk about the cost and decline of newspapers is not about the paper. It’s about readership. So let’s see. When papers started scrambling to keep up with the entertainment info that passes for news on the tv and began cutting costs in the news gathering department, their readership declined.

Maybe this was not totally caused by the worsening of news coverage and reduction of staff and expertise in news rooms across the country, but it’s got to be related at this stage. And what pays for newspapers? Not the rapidly rising  cost of subscriptions. It’s the advertising. Which of course is based on the estimated number of readers. Which is declining. 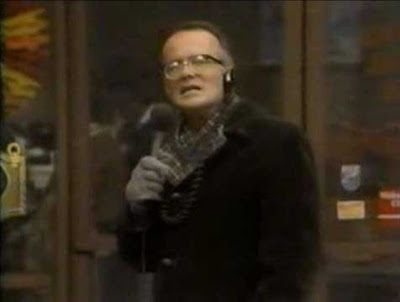 It seems obvious to me that the idea of information dissemination is essential but not the idea of 20th century pieces of paper brought to your door. Here I am. Chomping at the bit to PAY for online stuff I could get free (at this point anyway) and there is no easy way for me to do it.

I actually haven’t made up my mind exactly what I’m going to do. Over and over, dinosaurs in my life stop me from connecting to information and music I am interested in and my reaction is…. okay…. maybe I don’t need what you are blocking me from. I can’t hear your music unless I scarf up 10 bucks to download it or purchase it (and 30 random seconds isn’t just enough folks). Hey. Maybe I’ll listen to someone who is making their stuff more available to listen to and then give them money.

I sometimes wonder if the people at the New York Times have ever heard of the best english language news gathering organization in the world, the BBC. Granted they are government funded, but the model of their news gathering and dissemination remains.

0 thoughts on “words about the news”