A middle aged woman with the body of an aging athlete leans toward me.

I have to laugh.

Two women are talking to each other. One has asked the other for help. I could help but I hold back. They are sitting and talking. One leans toward the other and smiles reassuringly. I can remember watching them literally fight each other. It’s satisfying to see this moment.

The child is out of control. Like so many children when the parents look on helpless and embarrassed. He is of course brilliant in his own way. Winning smile. As he dashes from one corner of the room to the other happily yelling, I wonder how he will grow up. Will he continue to try to manipulate those around him with his aggressive charm? Will it work?

The man behind the desk has stopped smiling. His skin is leathery and red. Earlier he had turned on the charm. But now he puts his hands on the surface in front of him and looks down, disinterested. 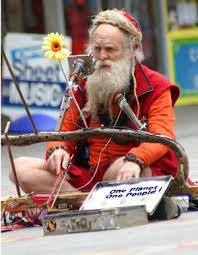 I am supposed to give a presentation for a meeting of a ladies group at church on Monday evening. No one has specified what they expect. Yesterday I decided it would be easier to play a little piano recital for them.

I am thinking of it as “My favorites and yours.”

I read through pieces yesterday and came up with these.

The Mysterious Barricades by Francois Couperin

Prelude and Fugue in G minor (from WTC II) by Bach

Intermezzo in A major by Brahms

“In a sentimental mood” by Duke Ellington

These are mostly pieces I have performed before. I have been practicing the Bach because I’m in love with the fugue. And I am still reading my way through of all of Scarlatti’s essercizi (I’m on volume V) so I just chose one from that volume that I had marked as an especially charming one (they are all good in my opinion).

In addition I am playing for a Veteran’s ceremony at my Mom’s nursing home this morning. I played for this last year so I have the theme songs for all the branches of the service together in one place where I can just grab them and go. 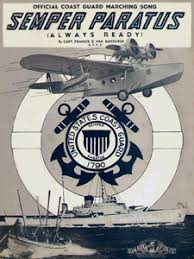 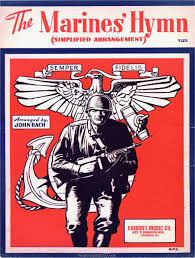 Yesterday I finally found some music for my instrumentalists to perform for the prelude and postlude a week from Sunday. I was sure I had some music somewhere that we could just use instead of me preparing scores (which is fun but time consuming).

Which I take to mean something like “Music for a Summer Night’s Dream for four strings or other instruments and basso continuo.”

Anyway my yellowing aged copy has separate parts for instruments including one in alto clef for viola. I took it to the piano trio rehearsal yesterday. The oboist showed up that I had invited to join us and we read through several. I chose four for the prelude and one for the postlude.

Nice stuff. Picked it up used at Encore Records in Ann Arbor.

Netanyahu backed the wrong side in the election.

This case of seeking damages for raping the environment keeps plodding through world courts.

Local coverage is pretty spotty. I found this article helpful.

Happy Days, Even With the Cliff – NYTimes.com

This is an Op ed, but I was most impressed with this comment in the comment section.

I’m a retired, white baby boomer who is also a Vietnam vet. I was exposed to Agent Orange while serving as a medical corpsman in Vietnam. After more than four decades of indifference, the government that sent me to Vietnam has finally recognized through clinical tests I had a legitimate claim for disability compensation. President Obama and retired general Eric Shinseki, his Secretary of Veteran Affairs, got the VA bureaucracy to approve my heart condition as a valid claim. But over 100,000 Vietnam vets like me were also approved for compensation, of which 68,000 are still alive.
I guess you could interpret my being awarded in September, 2010, a disability claim from the VA as just another American voter “wanting stuff.” I see it as the government finally honoring its commitment to me when I served my country as a young man. So it meant a great deal to me more than just getting some stuff.
This personal issue was just one of the reasons I voted for President Obama. He talks the talk, but he also walks the walk.

I have been noticing that when reactionaries use the word, “entitlement,” they can mean different things. When stoking the mob, they can be evoking the mythical Reagan “welfare queen.” When talking a bit more calmly they seem to mean Social Security and Medicaid/Medicare.

I find this confusing since even though these programs are in trouble, most of the recipients paid into the government all their lives. The “entitlement” must come in because of the huge increase in the number of people these programs need to serve and the increase in medical costs. And of course since the money they paid was used to fund the program then, there are fewer people paying in than it would take to keep these programs solvent.

Try putting that on a bumper sticker. Not so easy.

This is partisan leftist, but I think it’s eloquent.

Republicans became obstructionist on immigration and then veered into offensive demagogy in opposing the nomination of Sonia Sotomayor to the Supreme Court. The Hispanic vote tumbled by increasing numbers into the Democrats’ laps.

The paternalistic comments about rape by a few male Republican candidates resonated so broadly because they reflected the perception of the G.O.P. as a conclave of out-of-touch men. As Representative Todd Akin of Missouri might put it, when a candidate emerges with offensive views about rape, “the female body has ways to try to shut that whole thing down.” Namely, they vote Democratic.

How to Devise Passwords That Drive Hackers Away – NYTimes.com

This article is a little crazy but still it’s interesting to hear what the experts do.