I like this picture. According to the web site where I found it it’s Sawyer Glacier in the Tracy Arm of the Fords Terror Wilderness Area in Alaska. I used it as the background on my desktop just for a change.

Eileen’s Wii arrived yesterday. She was very happy. She spent the afternoon setting it up and bowling and playing baseball.  She intends to check out the fitness games.

I continued planning my upcoming few anthems.  I think I have a plan now for the next 7 weeks.  Today I will go over and pull anthems and make some on the photocopy machine (legally) and prepare for tomorrow.

Yesterday I went over to church and continued to rehearse a lovely piece composed by George Oldroyd. He is roughly the contemporary of the much more famous Ralph Vaughan Williams (1872-1958) and the piece I am playing sounds much like Vaughan Williams.  It’s based on the carol tune (and the sequence for the day tomorrow) called “This Endrys Night.” 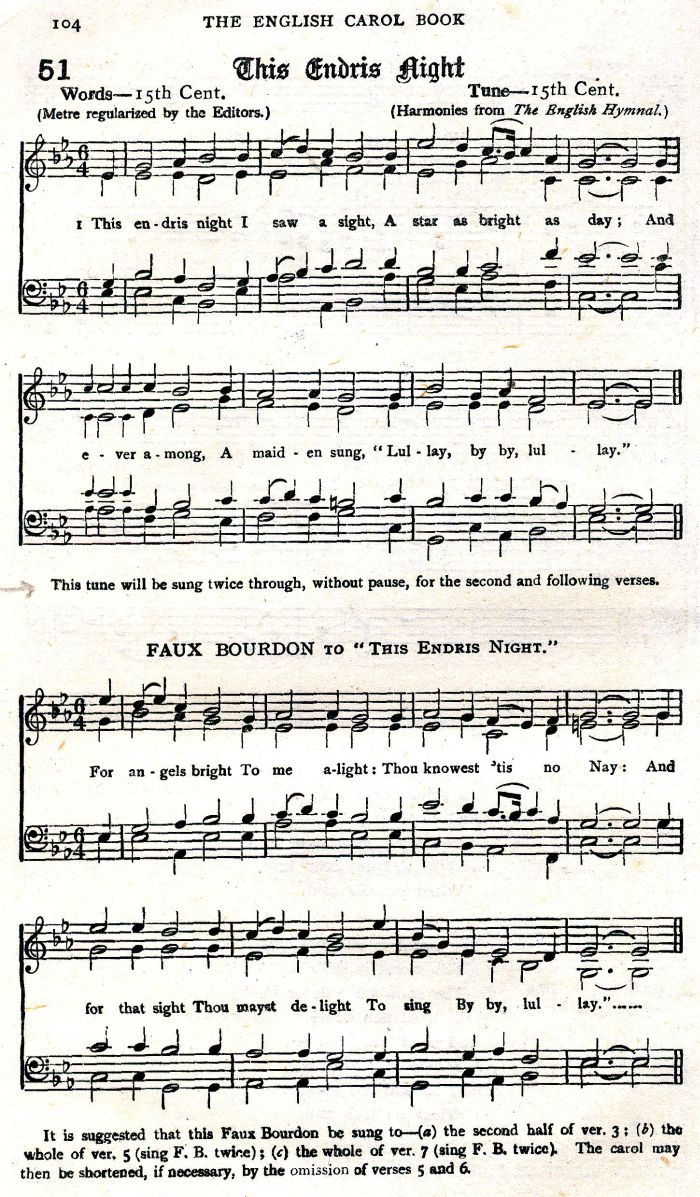 It’s a gentle simple tune whose charms are brought out by a harmonization in the hymnal by R.V. Williams (also the first one above). I like the tune so much I wrote my own soprano descant for it for tomorrow.  Oldroyd indicates that his organ setting should start soft and build in intensity. He has subtitled it “A Christmas Paen.” A Paen is a “song of praise or joy.” 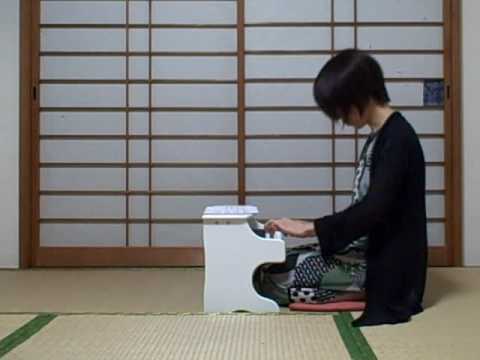 This is quite a feat to pull off on my small pipe organ at church. When one only has ten or so ranks of pipes (as opposed to the more normal fifty or so at the minimum) a gradual build-up takes some thought. I’m not complaining about it. I rather enjoy a challenge. First one has to plot out the registration or how you gradually add and subtract certain pipes. Then one learns how to remember what to turn on when as one is playing the piece. I think I can pull it off.

Unfortunately, it’s the prelude and I have to start very quiet and most of the subtlety of the gradual build-up will be lost in the sounds of people getting ready for church. No biggie. I get a charge out of thinking I could figure out how to do it on such a small instrument.

Eileen wanted to go out snowshoeing yesterday. Unfortunately there wasn’t that much snow. It was a good thing her wii came in the mail. There is a bit more snow on the ground today.  Maybe she and I will go out after she gets home from work.

She has fancy new ones:

A few years ago she took a class and made some that look a lot like this:

I will be using those since she found them way too big for herself.  We will probably be hilarious to watch.

1 thought on “wii wii wii all the way home”