It’s getting boring that I talk about being ill every day so let’s just let it stand as read that I am still fighting this cold.

I noticed that the studio I usually play my Wednesday class in was dark yesterday when I arrived. This is not unusual. I am often the person who checks to see if the door is unlocked and if it is amble in and turn on lights. I usually proceed to play piano. This is the nice thing about my job. I play piano. There is a piano waiting for me to play if I want. Then after the class begins, I get to play piano. I like that.

Anyway, the students were going into a classroom, just not the one I was scheduled to play in. I followed.

In dance etiquette a student does not enter a class that is ongoing with out permission from the instructor. Similarly, this piano player (old and fat as he is) paused in the doorway sort of looking at the instructor (and seeing no other pianist) waited expectantly for her to indicate whether I should enter or not. Already lecturing, she waved me in.

My instructor had apparently asked her to combine classes. First day back from break. She was doing a pilates class. Which means I played piano to pilates exercises. Great fun.

The rest of yesterday sped by in a haze. I did what I was supposed to: meet with my boss, prep for upcoming services, get library books for my Mom, treadmilled and in the evening played (and conducted) the Ash Wednesday Service. 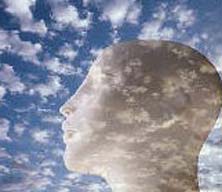 The little Bach organ pieces (as well as the scheduled anthem) went very well. This was despite the fact that my  head was stuffed up so I couldn’t hear and simultaneously my  head felt like a balloon dangling somewhere above my body.

Today I have two ballet classes followed by a Valentine’s Day party at my Mom’s nursing home. I was a bit concerned because I hadn’t prepared much. But looking over my usual nursing home type piano material I note that most of the pop music I usually play (from the forties, fifties and sixties) is made up of love songs. Add a dash of romantic classical music by Chopin and Debussy. Piece of cake. Letters to the editor on the current topic including one from Desmond Tutu.

This guy invented a sort of cheater theramin.

I’m just beginning to get a feel for the weird lives of the Chinese. People fall in and out of favor with the current government. Then huge chunks of their lives are spent in rehabilitation and hard labor. This guy was no exception. When Mao banned Ping-Pong as bourgeois  there were players who killed themselves.

Gleaned some great music to Spotify from this obit.

TV marches on. Unreality continues to kick reality in the butt.