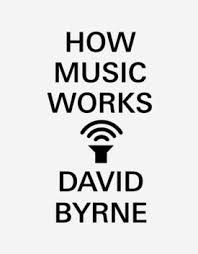 I had promised myself that I would not begin reading David Byrne’s How Music Works until I had finished The English Hymn by J. R. Watson. But I have been prematurely dipping into it even as I am finishing up Watson. (Thank you again to my brother and his wife for giving me Byrne for my birthday!) 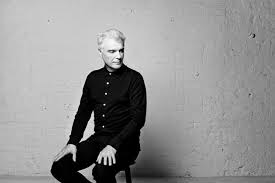 Byrne begins by talking about how the context of music is constitutive (“That makes a thing what it is; forming an essential part or element; essential.” OED 2). He talks not only about the rooms he began playing in at the beginning of his career but also about other rooms. 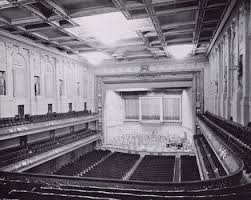 In a small section entitled “We’re all African,” he says that “percussive music carries well outdoors, where people might be both dancing and milling about.” He says this is the kind of music where “the instruments were carefully fashioned, selected, tailored, and played to best suit the physical, acoustic, and social situation…. a living thing, evolved to fit the available niche.” 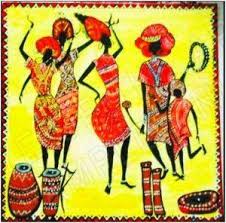 I find the African strain in American music extremely satisfying to perform and listen to. I love “percussive music” and I also love jazz and the sorrow songs.

It just so happens that I arrived at Watson’s consideration of Afro-American Slave Songs in this morning’s reading of his book. I had two insights while reading it. 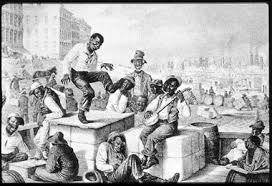 The first is his idea that the gospel songs of Sankey and Crosby replicate techniques in Spirituals but are ultimately “inauthentic and secondhand when set beside” the songs of the slaves. “Gospel hymnody was an artificial construction, a deliberate using of these techniques to manipulate the hearts and minds of the singers and and listeners…” 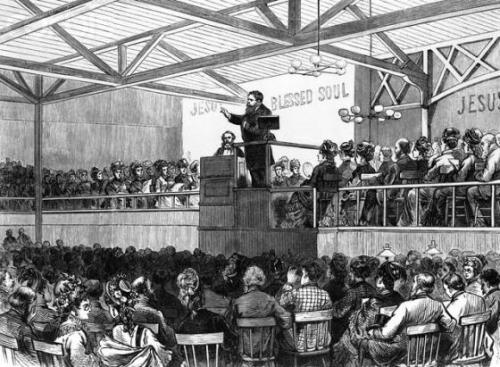 When I assist the elderly at my Mom’s nursing home in singing songs that fit this category, I do so in a spirit of offering consolation and comfort with whatever means necessary. Of course I also offer a heaping serving of excellent music and popular music in the same sitting.

But my second insight is probably more important for me. The music of Spirituals is the music of a captive people. I believe that the average person in the U.S. is experiencing a captivity. Of course not as dire as one experiences in physical slavery. But our mental situation, our conversation, our language has been captured and taken from our control. 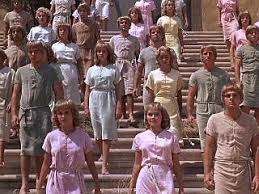 I think that the slave songs teach us how to nobly persist in the face of idiocy. I hope that when I lead congregations in this kind of music (which I insist on doing) I am leading them not into a inauthentic experience. Unfortunately, how people are actually experience music is beyond anyone’s control, it’s so subjective. It’s like the beginning scene in “Blazing Saddles” where the white railroad workers ask the black workers to sing them a song.

If you don’t know the scene, the white workers demonstrate what song they want after (before?) the black workers sing a highly sophisticated version of “I get no kick from champagne.” 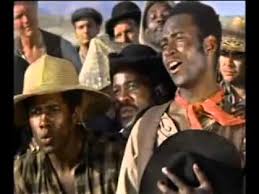 So I’m hoping when white congregations sing slave songs they are tapping into the authentic side of themselves and using them to pray a real prayer, not doing the fakey mimic of  singing “Camptown ladies” like the white workers in Blazing Saddles.

The freedom to be an imbecile is one of our core values.

In order to read this on a single page I linked to the print version. If you prefer the html version there is a link at the bottom of this page.

It’s estimated that, thanks to massive outsourcing over the past 20 years by the Clinton and Bush administrations, there are two government contractors for every worker directly employed by the government… government hasn’t shrunk; it’s just changed clothes (and pretty nice clothes they are).

Both sides do it.