Jeremy Bastian is the fiancée of my niece Emily so I guess he is soon to be my nephew-in-law. Is that correct? Hmmmm Anyway, he’s visiting and I got to read a publicity mag and made a note of web sites he is associated with. Click on the pic above to get to Olympian Publishers site where he sells some of his cool stuff. 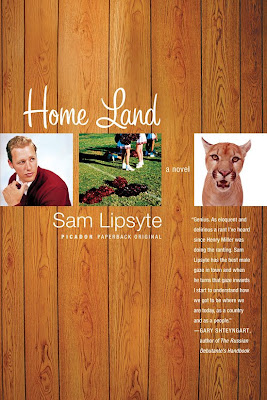 Finished reading my second Sam Lipsyte novel yesterday. “Home Land” is a romp framed in reports of an alumni who “did not pan out” to graduates from his high school. Submissions to the “Eastern Valley High School Alumni Newsletter” never see the light of day except in the novel.

Like the other Lipsyste novel I have read, the book seems to build characters and plot through a distinctly attractive warped voice of a narrator. The ending passage is typical of what Lipsyte achieves throughout. Dirtfuck otherwise known as Gary has just obscenely and casually insulted the memory of Teabag’s mother [Teabag is the main character,the first person reporter & Gary is his stalwart companion] :

“I’ve never punched someone smack in the jaw before, Catamounts. It was a strange combination of sickening satisfaction and searing pain that shot through my wrist like something electrical. Dirtfuck teetered on his wrought-iron chair, pitched over to the patio stones. He looked up from where he lay, rubbed his teeth, shook off the daze.

“What the fuck was that?” said Dirtfuck.

Catamounts is what Teabag calls his readers from the get go. [His nickname comes from the practice of pinning a person on the ground and covering their face with your loose testicles] Lipsyte has an ear for euphonious obscene comic word usage. I rilly liked it. I am now reading his novel “The Subject Steve.” 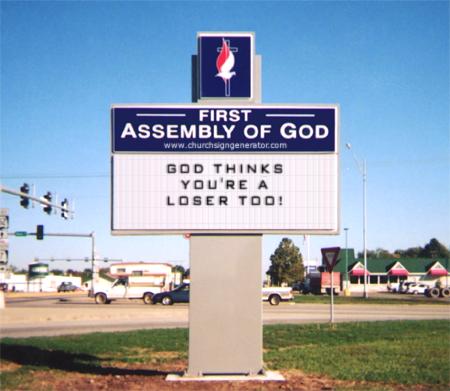 My meeting with my boss yesterday left me drained and depressed. After discussing at length the problems we have been up against recently we talked instead about the basic insight that the task before us is probably to draw an Episcopalian community that is enthusiastic about its good works to connect their belief and actions to their public prayer.

This is weird because a more stereotypical notion is that Christians are a pious lot who love to go to church and pray but fail to connect their faith to their daily lives.

In this case, it seems more like our parishioners are drawn to issues like gay rights and feeding the hungry, but find themselves vaguely disconnected from traditional liturgical prayer. It is little more than churchy tradition which they tolerate in order to be part of the community.

This means drawing on the energy and enthusiasm people feel naturally about doing stuff like peopling (as opposed to manning) the distribution of free food to the community-at-large and channeling it into representative aspects of the public prayer.

Simple ideas like connecting the Holy Thursday ritual which centers on the meal Christ institutes in the Eucharist and the model of service he himself is as he bends to wash the feet of his motley disciples, 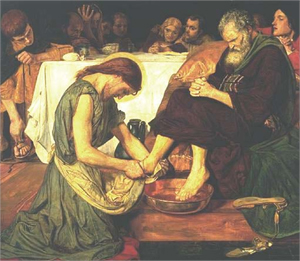 connecting this to the people in the church community who are actually involved in the food program. I suggested why not have the good hearted man who has been so active in this program (and was present at Holy Thursday) assist at distribution of Communion that evening. Doing this replete with written explanation to the community of why he was asked to do so.

Silly fucking me, I know.

So my boss and I did discuss this stuff and I think it might have been a new insight for her into this situation.

The problematic stuff (which I am deliberately being vague about) on the other hand is very depressing to me. It seems connected to the way I confuse people (especially but not limited to the local professional community) by my one-of-a-kind musical personalty that is intense, passionate and in their opinion a just plain weird and wrong approach. It would probably help if I could suppress myself a bit more…  turn it down some, even though I am already keeping it pretty quiet.

I keep seeing the face of the cop last Monday: “Could you just turn it down a smidgeon?” With a smile of course.

But I refuse to do this entirely. I do not apologize for who I am just the mistakes I make.

0 thoughts on “visitors, reading, & turning down a smidgeon”