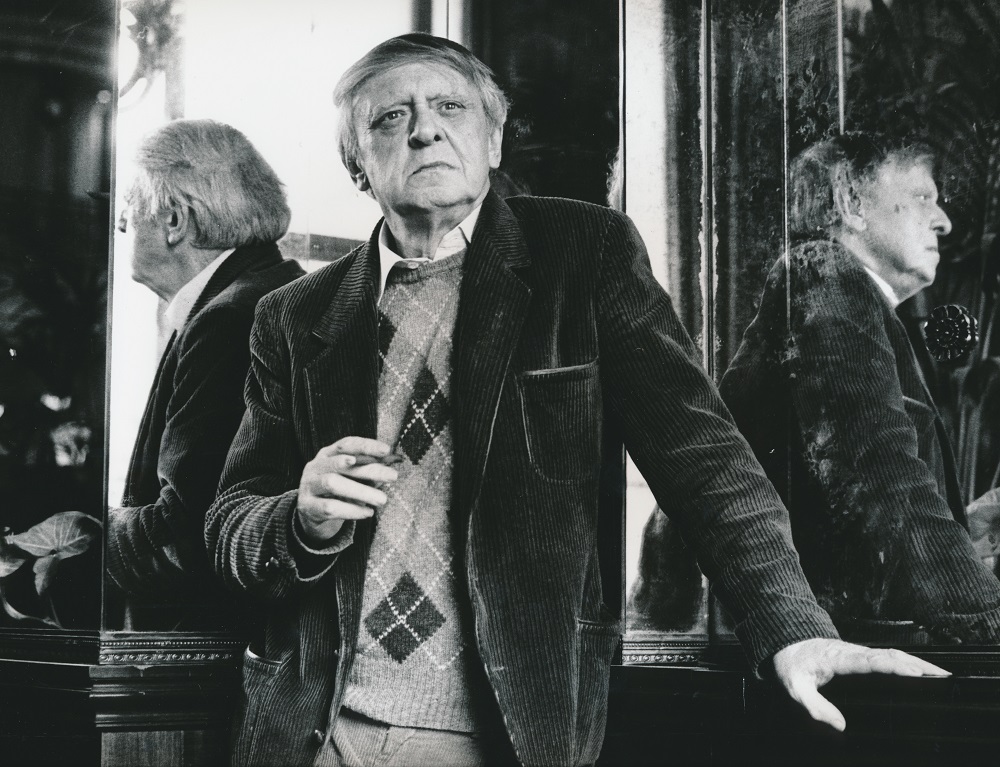 Since the Burgess novel I am rereading, A Vision of Battlements, draws loosely on Virgil’s Aeneid for inspiration I picked up my copies of The Aeneid to look at. I own at least two translations. 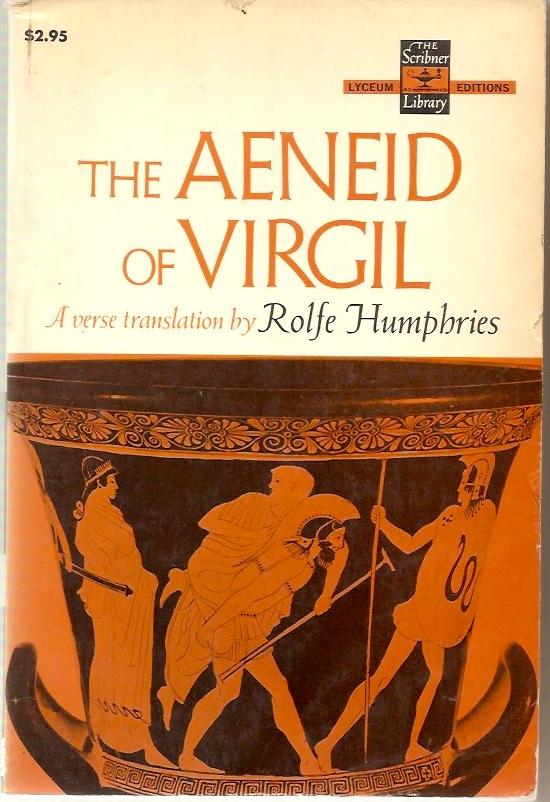 My copy of Humphries verse translation looks like this. 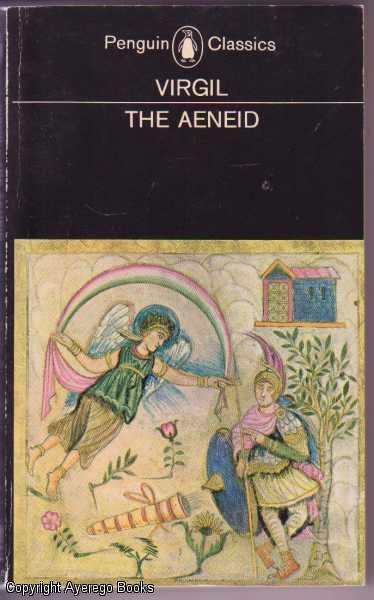 And W. F. Jackson Knight’s prose translation looks like the above. I read his entire introduction and found it charming. He ends it with this story.

After pointing out that it is “hard to avoid a certain awe in” Virgil’s presence. He writes: “There is a good story of a sightseer in one of our famous galleries, who remarked to the attendant, ‘I don’t know why people make such a fuss about these pictures. I can’t see anything in them.’ To which the attendant made the sublime reply, ‘Excuse me, Sir, the pictures aren’t on trial.”

Church went well today. I confessed to Eileen on the walk home that I looked forward to the day when i won’t have to go to church. My gig is a good one. I definitely enjoy it. But I look forward  to more relaxing times when I won’t have to hustle my aging aching bones.  It’s odd to think that my present gig is lasting longer than any other one I have ever had. It will be fourteen years this August. I think that I worked at Our Lady of the Lake for thirteen years.

Like so much of my life, a circuitous route was necessary to get where I am now. If I hadn’t worked at other church I wouldn’t have been here to take the job at Grace.

This video uses the melody from today’s sequence hymn. I was looking for a nice choral or congregation recording of it and was expressing frustration that this one didn’t have any vocals but had the words scrolling by. Eileen pointed out that it was the karaoke version. I like that so much I embedded it anyway.

I like that my congregation knows this melody. Apparently Erik Routley, the author, wrote his words for this tune by Peter Cutts. 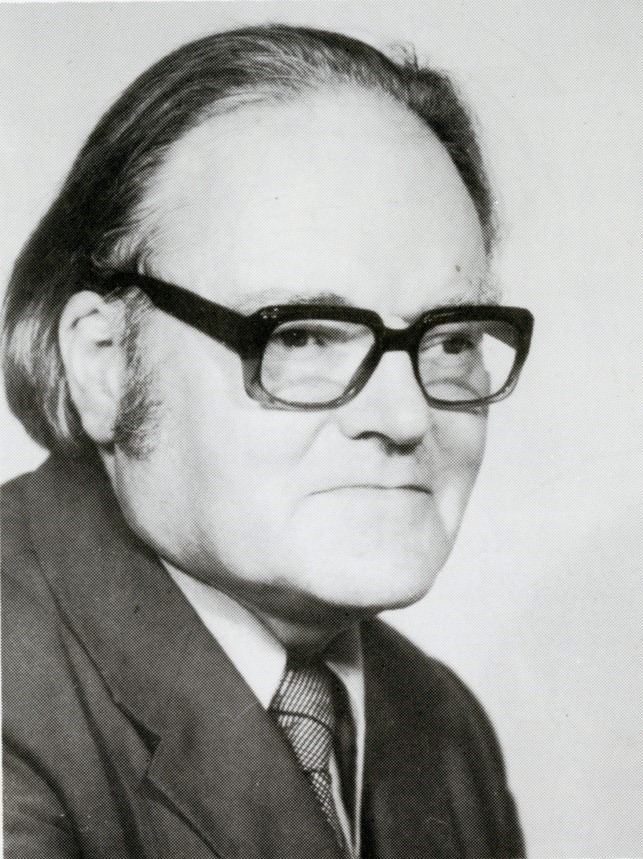 I did two improvisations on it today. The first one was after the reading of the gospel. I used silences in it and had the music start and stop with nice little holes between bits of a rhythmic motive. I thought I might use some of the same improvised material in the postlude since I wanted to do a kind of mellower postlude today. But then I thought about the fact that people would be talking and there wouldn’t be any of that lovely silence in the pauses. So i came up with another treatment of it.

For the prelude, I improvised on the new Kyrie. I can’t find an online recording of it. It’s number S 94 in the The Hymnal 1982 and is from Mass XIV, mode 4, adapted by Mason Martens.

The choral anthem was a bit unusual for Lent because it was kind of triumphant sounding.  “Hosanna! Blessed is He” by Ralph E. Marryott is its name. The recordings I could find online are pretty bad. We sounded a lot better than anything I could find to share. At least, I think we did. I put the following note in the bulletin.

Music Note With the addition of Mason Martens’ adaptation of 11th century Kyrie (Lord, have mercy) we complete our service music set for Lent. All of these (Lord have mercy; Holy, holy; and Lamb of God) draw on the ancient style of sung prayer known as plainsong or plainchant. In their essay, “Contemporary Use of Chant,” [Found in The Hymnal Companion 1982 Volume One, 253-265], Richard Proulx and Raymond F. Glover have this to say about the appropriateness of chant for the contemporary church: “Its basic simplicity allows and promotes the centering of prayer within a person… Plainsong’s origins in antiquity provide the contemporary worshipper with a link to the simple worship of early Christians. When beautifully sung in an acoustically favorable environment and an appropriate liturgical context, plainchant can provide for the worshipper a sense of the numinous, of the immanent presence of God.”

Today’s anthem uses the words of the Sanctus and echoes the last line of today’s gospel, “Blessed is the one who comes in the name of the Lord.” “The Sanctus is the song of the seraphim in Isaiah’s account of his vision of the Lord ‘in the year that King Uzziah died’ (Is. 6: 1-3, cf. Rev. 4:8). The Jewish synagogue liturgy used the Sanctus, and [in the Christian church] it became an acclamation of the people at least as early as the fourth century.” Specifically the phrase, “Blessed is he who comes in the name of the Lord,” associated with Christ’s entry into Jerusalem first occurs liturgically in the Apostolic Constitution (C. 380). (This information is from Commentary on the American Prayer Book by Marian Hatchett, p. 363) submitted by Steve Jenkins, Music Director