I’m attempting to work online this morning, standing at the window in our bedroom. It works but is sloooooww. I am in a quiet mood this morning. I got up and read a transcript of the Presidential debate last night. It’s a trope that things now are worse then they ever have been. But it certainly seems shameful that our public discourse has been reduced to this. Trump went in last night with exceptionally low expectations. From the transcript, it seemed that he was more restrained than in the first debate. Clinton seemed to deliberately lay low and points and allow Trump to hang himself. What strikes me is that Trump was firing up his base and Clinton aimed to win over undecided voters. Matthew was going to stay up and watch it (2 AM local time). I will be very curious what he thought of it. 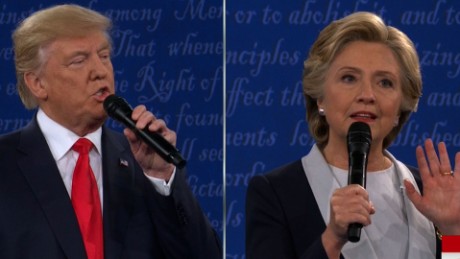 I fear that yesterday was hard on our host and hostess. Matthew’s Mom and Sister Louisa and nephew Lloyd (son of Louisa) visited. It was pleasant, of course, to see these people who loom so large in Sarah’s life. I think I am beginning to be able to read Matthew more clearly than I used to. He obviously cares deeply for these people and attempts to tease them into relaxing. Louisa is very social. Lloyd (teenager) had a droll sense of humor that played over his face even as he buried himself in his laptop, but listening closely at all times.

Lloyd and Matthew hiked to the nearby quick purchase shop to pick up some more bread to feed everyone. They obviously enjoyed some private time together. After the whole group left, Sarah was very deflated. She kept us hanging around a bit later than she has. I think it was as much for her benefit (Hi, Sarah!) as for ours. I have had misgivings about invading the scene so quickly after Lucy’s birth, but it seems to be more positive than negative for all concerned.

After reading the debate transcript, I did a little Greek. Then I turned to my ebook copy of The Legend of Good Women by Chaucer. Not having access to the Internet, I made notes on what I would like to look up when I do. I read the introduction provided by the editors even though the edition is ancient. Chaucer wrote this work before embarking upon The Canterbury Tales. It seems to have been a classical type of response or recantation after writing a work critical of a woman. In Chaucer’s case, this was his long poem, Troilus and Criseyde.

He apparently wrote two complete drafts. My creaky old edition (which is probably not that bad) has the drafts in columns. The Introduction said that the earlier draft contained some important beautiful passages that Chaucer cut out of the second so i was glad to see them side by side.

I also read in an ebook copy of Peter Ackroyd’s Foundation: The History of England From Its Earliest Beginnings to Tudors. Apparently, this is volume one of several works along this line. So far the most startling think I read was in “1995 paleontologists discovered that the material from a male body, found in the caves of Cheddar Gorge and interred 9,000 years ago, was a close match with that of residents still living in the immediate area.” Presumably from DNA tests. That is a long time. Well now we are back at Sarah and Matthews. We had a quick chat with Matthew but he needed to adjourn to his work so he doesn’t fall behind.