Anthony Burgess mentions Titus Groan in his 99 Novels: the Best in English since 1939. I am enjoying reading it on vacation. I’m about half way through Gormenghast the second of the trilogy.

I have started playing Words with Friends  (Fake Scrabble) with my two grand daughters. They are using their Dad’s log on (and in Catherine’s case, his Nook) to play with me.

Difficult to handicap myself with the online version. When we played in person (Eileen, Savannah, Catherine and me), we gave Savannah one extra piece and Catherine three. Not sure how much that helped but it was an attempt to make it a bit more even. 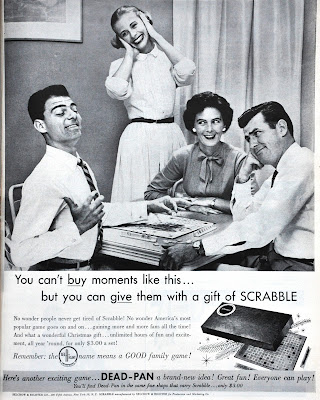 Catherine sees playing online like playing in person. In other words, I told her that I would reply when I can but not necessarily right away. Still she sits patiently with her Dad’s Nook watching for my response.

We did one goofy old-fashioned one and then we worked on the Jazz Rondo by Stephen Jackman.  Tried to find him on Twitter/Facebook/Linked In. I found a Stephen Jackman who is a musician and teacher in the U.K. but he tweeted me back that he was not responsible for the duets on IMSLP. Nicholas and I also worked on improvising. We set  up the progression and then I encourage Nicholas to “play melody.” I think the best way to learn this stuff is to just do it. He of course plunges in and plays away. Lots of fun!

Savannah and Catherine had swimming lessons last night. Eileen went with them again. I stayed home. Nicholas and I watched “Ender’s Game” while I treadmilled. Nicholas didn’t seem to know about the Ender books. On second viewing I found the movie better than the first time. It’s always a shock to see a book visualized. I tend to picture characters differently than they get cast. Ender is a case in point.

I am using my new Greek ebook texts. I put them up on Kindle Cloud Reader which allows me to flip back and forth between them. I also have them on my Kindle so I can refer back and forth that way as well. Fun stuff.

I’m enjoying the visit, but will be glad to get back to Michigan.

Letters to the editor from a member of the Band Kiss and Eric Alterman (a hero of mine).

Waters did this in order to write his new book about it. He remarks dryly of the experience: “It was very Studs Terkel.” I love this man.