Each year we take our three grandkids to the bookstore and have them pick out some books for us to buy them.

This year the amount we allotted each kids was a bit lower than usual ($30) since we are on a tighter budget. Of course, this didn’t matter to them.

They seem to relish this part of our visit and there certainly is a bit of happy ritual about the whole thing.

I dropped the gang off at Barnes and Noble and then set out to purchase sheet protectors, binders and paper clips for Nicholas’s music sheets.

When I came back, I waited for the crew with an iced coffee and read. Or at least I attempted to read Gormenghast on my Kindle. It froze up and refused to go past a certain point in the book no matter what I did (restart, ask it to go to a location past that point in the book). After a moment of vague paranoia wondering if B & N had hacked my Kindle and wrecked my reading experience, I realized that Gormenghast was one of the bootleg copies I had received. Oops. That’s probably what caused this.

Anyway, I remembered that I own a hard copy of it at home and resisted purchasing a real ebook of it and decided to read something else on vacation.

In the meantime, we bought our books and found a Five Guys restaurant to have lunch together.

Came home. Nicholas and I put his loose music into sheet protectors.  We also did some duet playing again. This time I laid down a basic 16 bar chord progression and encouraged Nicholas to doodle which he did. That was fun. I even moved over to the old piano sitting next to the new one and gave him the whole keyboard to himself for improvising.

The second piano was a whole step flat so I transposed our little chord progression so it would sound the same.

Eileen said that Nicholas was considered as a pianist for a High School ensemble called the Madrigals. Apparently, they don’t usually consider ninth graders for this position, but had hear Nicholas play and auditioned him. Unfortunately, it required more sight reading capability than Nicholas has. 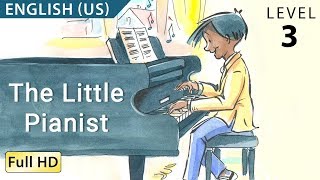 Hearing this, I printed up a bunch of very easy piano duets for us to play through. The way to improve sight reading is to read easy stuff. I mentioned to Nicholas already that the duets I would suggest for us would be much easier than the music he usually plays. I had avoided some of the cutesy very very simply duets. But now I was looking for anything he could easily sight read. I found a bunch and printed them up.

After this I jumped on the treadmill then joined the rest of the crew in the pool.

Life is rough in California when you’re on vacation.