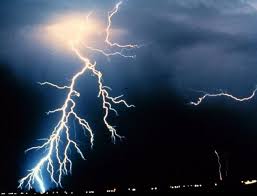 6:20 AM and I’m happy as a pig in shit sitting here in the early morning darkness listening to thunder crash and echo outside my open window. I started the morning indexing and researching music for my Hymn Tune index. I do enjoy this work. I don’t just record information, I also double check dubious information such as how composers refer to unfamiliar hymn tunes and consequently their origin. This used to be a bit slower before the internet. Now I just google and judiciously evaluate results. Very helpful. 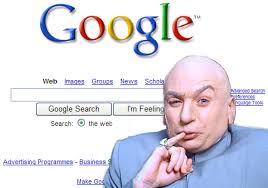 I started another project yesterday. I was playing through one of the Counterpuncti from Bach’s Art of Fugue. I use Czerny’s over edited edition because it was a cheap way to purchase a keyboard reduction.

Anyway, I was thinking about my piano trio. I realized that I could transcribe Counterpunctus 9 easily for violin, piano and cello. I would give the soprano line to the violin, of course. The piano would take voice 2 & 3 (right hand and left hand), the cello voice 4. This would make this wonderful music a lot easier to play and probably more interesting to listen to.

I managed to get 90 out of 131 measures transcribed yesterday.

Here’s the Canadian Brass playing it.

I do love this piece. I used it back when I briefly taught Music Appreciation. I used the Swingle Singers recording which I love but could not find on YouTube.

I managed to finish filing all of my organ music yesterday in one file (except for the volumes I am indexing). That’s a big piece. Next I plan to file as much of the choral music laying around the choir room as possible. Some of it hasn’t been filed for 3 or 4 years! Then on to serious planning for the fall.

Eileen and I went and saw Harry Potter yesterday. I do like spending time with my wife. I find it more and more difficult to suspend my disbelief as I get older. This is of course necessary for dramas to be effective. I kept wondering how they needed to make these older actors (the three main characters) look young and even similar ages. The actor who plays Harry has a baby face and that makes it a bit easier with him. And the woman is pretty easy to portray as younger than she is. But the guy who plays Ron. His age and maturity come through the camera despite the magic of Hollywood. 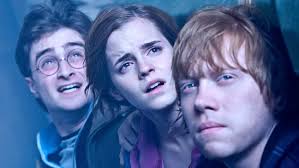 Also I usually think about the music. What’s happening musically? Are the instruments recorded live or digital? Stuff like that.

I think the Harry Potter books are basically Young Adult market directed. I read about five of them before stopping from sheer boredom. A blessing on them for those that like them,however!

Back to work (after adding pics and doing the links below)

There are still some sane people in the world. This is a moving story of a man who led the calming down of a mob despite his own personal grief.

This doesn’t sound good. I bookmarked it so I could return to this initial report when more accurate reports surface.

This is my fundamental disagreement with lobbying and PACs. Corporations are more like governments than people. They need to be reined in and made accountable like governments. Of course that’s just my weak kneed immature sixties hippy musician opinion. Heh.

On Jim Jones’s Agenda, a Prequel to Sept. 11 – NYTimes.com

Frightening new info on the Jim Jones saga. Does it never end?

We Want Cake, Too – NYTimes.com

I found this intelligent and personal commentary by a transgendered person very informative and moving. But of course I’m just a weak kneed yada yada…. you know the drill.

I do think it was a big mistake to curtail the page program in the House of Representatives but one in line with the current philosophy of cutting back on governmental functional services like education and health services.