The ticks are presenting a bit of a problem here in paradise. Eileen is deciding whether she wants to go huckleberry picking this year. Her Mom and sister Nancy are not coming as they usually do to help with this. The tick population is up. Eileen brought sprays to treat her clothes. Leigh was out sitting this morning and despite her precautions came back in the house and found a tick on her clothes. I guess I’m basically staying in the house here at the cabin.

Ben, Mark’s son, and his husband Tony are coming up today. They texted that Tony had fallen and twisted his knee. 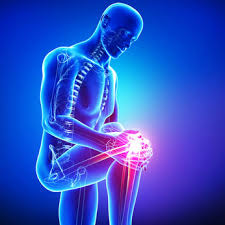 Tony has had major problems with his back and such and was freaked out. But they are planning to soldier on since Tony was looking forward to getting some time away from work.

I finished the first volume of Le Guin’s Earthsea Trilogy yesterday. I started the second volume and was slightly disappointed that it didn’t continue the main characters from the first volume. Maybe they will return, but it doesn’t look too good for that.

On Friday I will head home by myself. Eileen will be staying a few more days. Mark and his clan leave on Saturday. I am feeling more and more like I have had a vacation. This is good.

I could wait until Saturday to return, but I find that extra day after travel helpful before having to do the weekend Eucharist. Also, the prelude is one that I would like to rehearse with pedals a couple days before performing in public.

I have been spending a lot of satisfactory time with my Greek. I have finished the sixth chapter and  am working on the seventh. These “chapters” are divided into many subsections. For example, the chapter I just finished had sections 6A through 6D. This means that I have finally (after almost a year) arrived where I was before I decided I needed to double back and work more carefully over chapters 5 and 6. So I’m now working on infinitives and other grammar stuff. The readings are from Plato.

In addition, I am using my Greek app to help. This is a helpful broadening of the textbook approach. I am finding subtleties that are not made explicit in the teaching text explicated with a little scrutiny in the app. This is challenging but satisfying.

One of the things I know about myself at this age is that I like a challenge, especially one that attracts me like a difficult rewarding read, learning a piece of music, or studying ancient Greek.

Capitol Steps on the Air

Mark reminded me that this group does an annual hilarious fourth of July radio program. It’s embedded at the link above.

Slowing down the madness.

Confident and Assertive, Gorsuch Hurries to Make His Mark – The New York Times

I think it’s odd that people on the left think that Garland would have been chosen for the Supreme Court since his nomination was blocked. If they had allowed the nomination, isn’t it likely that he would not have been seated despite the tradition of sometimes deferring to sitting Presidents their choice.

An ethicist’s evaluation (from the left but still spot on).

Kelan Philip Cohran, a Musician Who Invigorated Chicago With Education and Activism, Dies at 90 – The New York Times

more music to check out. I recognize this man’s name but not sure why other than possibly his association with Sun Ra.

2 thoughts on “two more days of vacation for jupe”