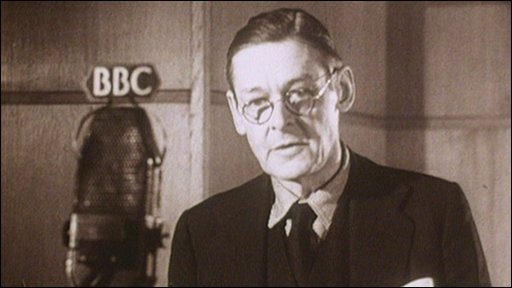 T. S. Eliot was so angry at the audience at for laughing at Stravinsky’s Rite of Spring that he “poked his neighbors with the point of his umbrella.” About the music, Eliot said that it “seemed to ‘transform the rhythm of the steppes into the scream of the motor-horn, the rattle of machinery, the grind of wheels, the beating of iron and steel, the roar of the underground railway, and the other barbaric noises of modern life.”

These quotes are from Lyndall Gordon’s bio of Eliot, T. S. Eliot: An Imperfect Life. She goes on to say that Stravinsky’s ballet music  was an example of “a revelation of a vanished mind of which the modern mind was a continuation.” I love the way she writes and thinks. Though her thought is probably not as true today because the mind of the many is not often a continuation of anything. History is an unfelt breeze in many lives. Still it’s a nice way to think of Eliot and Stravinsky both of whom are clearly speaking in a context of transforming the old into the new.

Speaking of transforming the old into the new, Natasha Trethewey casts her eye over history and gleans some pretty marvelous references to Casta paintings from the 17th and 18th century. 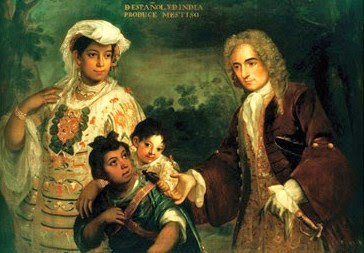 Casta is a Spanish and Portuguese term that refers to “mixed-race people.”   Trethewey bases much of her poetry on descriptions of paintings from this time and place.

Referring to the painting above, she writes: “Still, the centuries have not dulled/ the sullenness of the child’s expression./If there is light inside him, it does not shine/through the pain that holds his face.” Of the mother Trethewey writes “the boy’s mother contorts, watchful/her neck twisting on its spine, red beads/yoked at her throat like a necklace of blood,/her face so black she nearly disappears/into the canvas…”

And for this one, Trethewey writes “How not to see/ in this gesture/ the mind/ of the colony?/In the mother’s arms,/ the child, hinged/ at her womb—.”

I couldn’t find the painting online for the following poem. I think the poem itself stands alone magnificently anyway.

The unknown artist has rendered the father a painter and so

we see him at this work: painting a portrait of his wife –

their dark child watching nearby, a servant grinding colors

in the corner. The woman poses just beyond his canvas

and cannot see her likeness, her less than mirror image

coming to life beneath his hand. He has rendered her

homely, so unlike the woman we see in this scene, dressed

in late-century fashion, a chicqueador – mark of beauty

in the shape of a crescent moon – affixed to her temple.

If I say his painting is unfinished, that he has yet to make her beautiful,

to match the elegant sweep of her hair,

the graceful tilt of her head, has yet to adorn her dress

with lace and trim, it is only one way to see it. You might see,

instead, that the artist – perhaps to show his own skill –

has made the father a dilettante, incapable of capturing

his wife’s beauty. Or, that he cannot see it: his mind’s eye

immanent in her flesh. If you consider the century’s mythology

with African blood – you might see how the black moon

on her white face recalls it: the roseta she passes to her child
marking him torna atrás. If I tell you such terms were born

in the Enlightenment’s hallowed rooms, that the wages of empire

is myopia, you might see the father’s vision as desire embodied

in paint, this rendering of his wife born of need to see himself

as architect of Truth, benevolent patriarch, father of uplift

ordering his domain. And you might see why, to understand

my father, I look again and again at this painting: how it is

that a man could love – and so diminish what he loves.

from Thrall by Natasha Trethewey Prosecutor Shot to Death in a Town Near Dallas – NYTimes.com

Unseen offsite censors stop video if they determine it’s a security breach. Judge takes umbrage since the judge should be ruling on such stuff. Very orwellian, in my opinon.

In Iceland, Court Says a Girl Can Finally Use Her Name – NYTimes.com