When discussing the ease with which music can now be made, Tony Wesley standing in my dining room recently used the phrase, “barriers of access.” As in “there are no longer barriers of access to people who want to make art or presumably computer programs”(Tony’s area of skill).

In this same conversation, Tony pointed out to me that his work was, indeed, an act of creating, of art. He was responding to something I had said earlier.

I launched, probably too quickly, into sketching for him some of the ideas behind my beloved Glass Bead Game by Hesse. How Hesse makes up a tale where at the end of history, all art has been made. All that is left is the beauty of the correlation of existing works of human endeavor: art, architecture, science, philosophy, to name a few. In my feeble non tech mind, I saw computer programming a bit like this. I was paying it a compliment that was probably inscrutable by referring to a old dated book. He then throws it away and unthinkably and unprecedentedly resigns his post. He is the supreme artist who must give up everything for his art. At least that was partly my reading of this book in my late teens. Now I read it differently but still with affection.

This morning I picked up Donald Hall’s book on poets, Their Ancient Glittering Eyes. Hall’s a funny poet on my horizon. He taught here in Michigan. Some of his poems are situated here. Not sure if he wrote them here or after he quit his job to move to New Hampshire.

I just counted the books by Hall sitting on my shelf. Counting Their Ancient Glittering Eyes the number is thirteen. It’s very possible there are more unshelved and buried with my unsorted books.

And I have an ebook of Essays after Eighty by Hall. The kindle reader on my tablet says I’m on page 122 of 134. I should probably finish this before starting another book of prose by Hall.

However, the inscriptions at the beginning of Their Ancient Glitter Eyes are lovely. I especially like two of them.

There, on the mountain and the sky,
On all the tragic scene they stare.
One asks for mournful melodies;
Accomplished fingers begin to play.
Their eyes mid many wrinkles, their eyes,
Their ancient, glittering eyes, are gay. 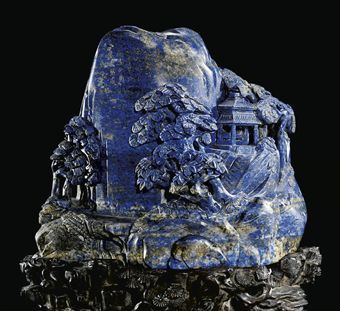 I like the idea that old men at the top of a mountain on the carving are listening to one of their company play music. Yeats starts the poem talking about hysteria and how it longs to quench gaiety. Kind of like now.
The second quote is from a short story by Henry James, “The Middle Years.”

We work in the dark—we do what we can—we give what we have. Our doubt is our passion and our passion is our task. The rest is the madness of art.
Henry James, The Middle Years

This sums up for me how I feel about my work. Doubt and passion and task. The lovely madness of art.