I skipped blogging yesterday because I had a lot on my plate. After breakfast and blogging with beautiful Eileen I went over to church. Actually Eileen followed me in her Mini and helped me move the harpsichord to the back of the choir area in preparation for the evening choir rehearsal.

I spent the morning prepping for that rehearsal. Then in the afternoon, I had my weekly meeting with Rev Jen and the a lesson with Rudy my piano student.  Before going over for these I was beginning to feel drained. I didn’t manage to have my resting time before returning though I tried. Next week, I will attempt to rest in the afternoon more.

I had four new members. Two people did not return from last year. Three more were absent last night.  Two of the new members who were there last night did not make it clear to me beforehand they were coming. This is fine since I encourage people to show up but ask them to contact me first so I can have materials ready for them.

I adapted the rehearsal to make sure that the newbies would feel good about their first choir Sunday. This included getting everyone to find a robe and walk around the church singing, practicing the processions that they will do this Sunday.

So it was a very full day. It was gratifying to see some new people in the rehearsal. That’s always fun. But I am wiped out today.

I discovered that the stress of scrambling for, prepping for and leading last night’s rehearsal exacerbated my hives. I am pretty miserable today. I have resolved to call the dermatologist office tomorrow and inquire about my doctor’s referral to them.

My friend, Peter PMed me,  Kurdziel PMed me, Greg Cowell, David C. Jonies, Christina Fong with a link to the above article and asking for our thoughts. I found this quite puzzling as the other people he PMed are all pretty straight classical musicians.

Here was my response. I don’t think it was what he was looking for judging from the ensuing response from Crowell and Fong. As I write this Jonies has not responded.

I’m not sure why you included me in this  discussion. Maybe it’s because I am a “maker” and see art from the point of view of creating not from the point of view of institutionalized understandings. I certainly don’t see “classical” music or the so called European based tradition quite the way this article (which was published almost a year ago) does. I read most of it and it seems to me that to define a tradition as “white” or racial in the way the authors or do is confusingly limited. The narrowness I see in the discussion (narrow in a sense of thinking about what art is in our time and what is it for) is the opposite of the way I see creators thinking.

If an American says that Shakespeare was “white” what the heck does that mean in light of the ongoing sin of slavery hanging continually over the history of the U.S.A right to the present moment. “Whiteness” in America is at the center of the terrible place we are in as a country right now. But was Bach white? Was Beethoven a person of color as I have read in some instances? This all smacks of defining art in a utilitarian way that many creators, myself included, see as unhelpful. Remember me saying that a song about Jesus is not necessarily (and often isn’t) a good song just because it’s about Jesus. It’s something like that.

More apropos from my point of view would be a discussion of much larger proportions and take a wider view of where the arts are right now and what the heck constitutes art (this means music, poetry, ballet, novels and on and on). To me even limiting our discussion to music would include such a broad array as to almost defy coherent discussion. I like this breadth, but do not often see that other people in this neck of the woods even know a small portion of what is happening on our globe musically. I know I don’t, but I find it exciting to be alive when so much is available to discover, savor, and think about.

To assume a “canon” exists the way many people did in the 20th century is so foreign to me at this time. In the past, I have many times witnessed and experienced the academic world and the ballet and symphonic world as having a brutal side which does harm. In the course  of culling out the people that do not fit the ideas of the power structure, damage can be done not only to the musicians themselves but to the arts involved. I have seen this change somewhat in the last 25 years as new waves of young people get involved and have a much broader understanding of the arts, although people are always people and power games always seem to happen.

Of course, I hasten to add that I am a liberal snowflake who wants to see drastically more inclusive policies in our country at all levels not only arts and cultural institutions.

Sorry to go on so long but these ideas are things I think and feel pretty strongly about as I think you know.

So that happened. The other responders speak mostly to the question of including non-white people in orchestras. I think the whole classical symphony orchestra thing is caught up in a swirl of the explosion of variety of ways and styles people connect to music these days. it’s probably dead as an institution especially as it existed in the 20th century.

The other people Peter PMed being enmeshed in institutions would probably disagree with this.

I think about the changing role of leadership of these large ensembles that I have witnessed personally and read about. Conductor-less orchestras or any ensemble excite and interest me. I know, being a conductor of a church choir most of my life, that my approach has evolved and is very different from the way choirs were being conducted in the last century.

This is a weird little article I stumbled across. I found its perspective and observations very interesting. 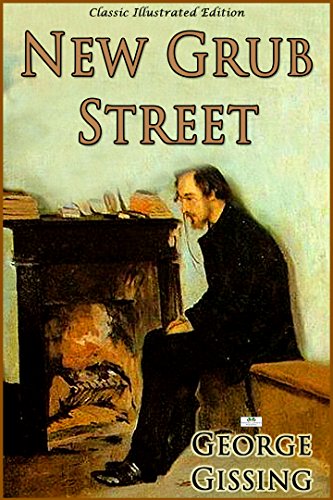 It helped while reading “The New Reading Environment” link  to find out that the authors (the editors) quoted from an 19th century author I had never heard of.

NYTimes: I Am Part of the Resistance Inside the Trump Administration

You’ve probably already heard about this, but I bookmarked it so that I could use my browser to read the comments which refused to come up on my tablet.

This article and the Woodward book (not yet released but see the next link to a review) both do not surprise me in their depiction of what’s happening. Rather they confirm many of my and other’s suspicions.

NYTimes: In ‘Fear,’ Bob Woodward Pulls Back the Curtain on President Trump’s ‘Crazytown’

I’m not a huge fan of Woodward’s. I have read a few books by him. I’ll probably read this one.