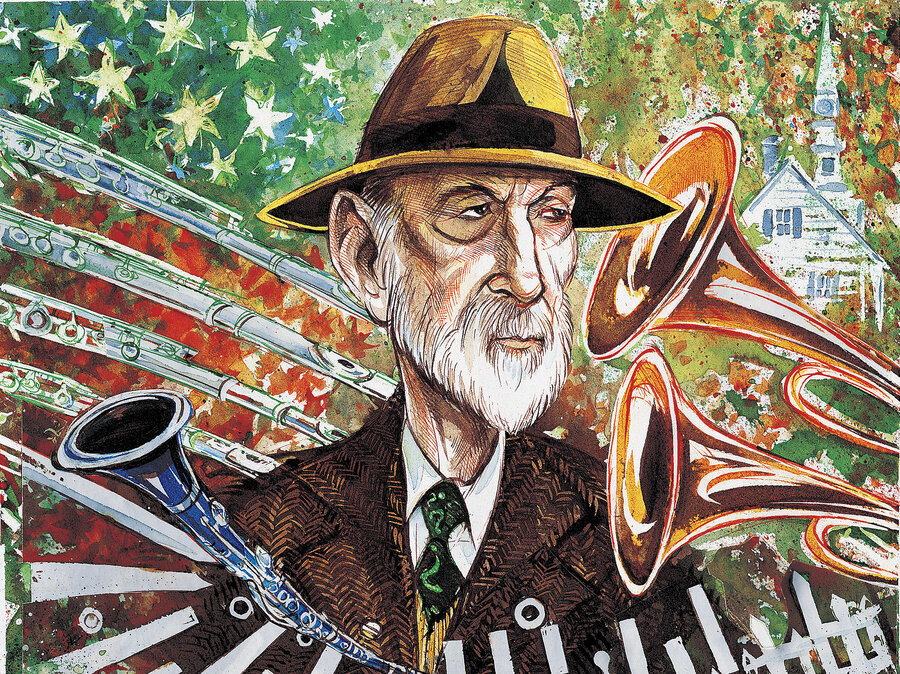 Yesterday morning I was in the mood to listen to Charles Ives, this morning it was Stevie Wonder. I do love the interwebs which makes this sort of flitting around so easy.

We took a bunch of stuff to Bibles for Mexico yesterday clearing a  lot of the porch. Eileen has been systematically putting sorting out stuff we don’t need. She is on a rampage and it is a good one.

Yesterday when she saw how stressed I was in trying to get stuff done Eileen gave me the afternoon off and folded my clothes for me. That helped. I spent a couple of hours at the organ. I keep thinking about what my therapist said about times of reprieve from my daily regimen of practicing. Craig Cramer said in his recent interview that he had asked his children to get up at his funeral and say that he never worked a day in his life. I have similar feelings. When Eileen asked me what I needed to do to relieve some stress yesterday, I said I needed to go to church and play the organ. This is so true. I turn to my music and it keeps me going. It’s been that way for much of my life. It doesn’t feel like work.

I finished the Rwandan chapter of Sally Kohn’s book on the opposite of Hate this morning. She went to Rwanda and interviewed people. When she combines her personal interviews with her own reading it’s quite powerful.

She points out that that humans inclination to conform to social norms is powerful even when the working norm is hate. This is true of Hutus in Rwanda and lunch celebrations in America. When looking at the terrible photographs of smiling white people and disfigured, hanging dead black people it’s hard not to recoil.

There is some hope in what Kohn writes. She quotes Hannah Arendt about Eichmann: “[He] has a curious, quite authentic inability to think.” So the examined life is more than worth living, it can help one to live humanely.

Challenging our own norms is difficult. More from Kohn: “Arendt argued that it’s an individual’s responsibility to challenge social norms and, when need be, defy them. She called such independent-mindness ‘thinking without a banister.’ But more often than not, Arendt argued, we cling to norms in the way we grip a banister on a treacherous flight of stairs.”

Kohn develops this metaphor throughout the chapter on genocide. She is fascinated that a small portion of people resisted the madness of the killing in Rwanda. She calls them “rescuers.” She points out that despite our inclination to think that we would resist in a situation of hateful norms, the pull of group norms is very strong and tends to win. But she does ask “What would make it likely, in those moments, for more of us to demonstrate such nonconformist courage?” “There is no simple answer,” she continues, “but one clue could be in what genocide scholar Erwin Staub has found—that many rescuers are themselves on the margins of society.”

This is an insight I have run across before: that people who are on the margins of our society have important lessons to teach us. Kohn demonstrates this by citing psychological studies that find a difference in the way people’s brains work. Unfortunately, when the outsider resists, she still experiences strong emotional stress and upset.

This was helpful to me. I wonder why I care about the fact that I clearly am a musical anomaly in my passions and actions. I know in my heart that I am doing what makes life worth living to me. And while I try to stay open to stuff that doesn’t attract me I can easily identify in myself the joy that so many kinds of music bring me. But why does it bother me when I know that I’m so singular among so many of the people I actually run into? Maybe it’s outsider emotional stress.

I have more, but this seems long enough for today.