In my last session with my therapist, I mentioned that I think too much. Yesterday I met a couple of musicians at church to let them in to see the Pasi. Unfortunately I got drawn into a conversation that left me off balance. These two men are thoroughly saturated with the bias of many American organists. I find it difficult to communicate my point of view in situations like this.

They weren’t creepy to me or anything. One of them was pressing me to hire him as a recitalist. Turning him down involved discussing why my recital series is coming to a close after two years. He seemed to have difficulty not taking it personally, but I may have been mistaken.

The energy of this conversation felt negative to me and last night I had trouble sleeping. Part of my obsessing comes from having to clarify myself as eccentric. I realized later that when I talked about music that wasn’t organ music these two guys didn’t seem to recognize much. Charlie Parker? Swingle Singers? Nope. They also didn’t seem very enthusiastic about Philip Glass. Sheesh.

There was more but that gives you an idea.

I did a lot of improvising at church today. The prelude was a 12 minute piano improvisation on two hymns: “Lift Every Voice and Sing” and “Christ whose glory fills the sky,” the sequence hymn and opening hymn respectively. The choir sounded great on “Walk in the Light’ a gospel tune anthem arranged by Andre Thomas. Jen preached on the sequence hymn and talked  quite a bit about singing together. That was nice.

I find it comforting to run across well written prose that reflects my own biases. Here’s some Updike on Bach. The speaker is standing looking out over Central Park in winter.

“Once in January I stood at Jane’s front windows looking down at the tops of a row of buttonwoods as a slanting wet snow laid crescents of white on each little round pod, while the apartment at my back over flowed with the plangent human pealing of the Swingle Singers performing Bach fugues—a record Jane had received at Christmas, I didn’t ask from whom

Yesterday, one of my organistas was playing through Bach’s lovely piece on the baptism hymn, “Christ unser Herr zum Jordan kam.” We all discussing tempos regarding this piece.  As usual, my idea of tempo was slower (and also my registration a bit simpler). When we talked about slowing it down, was when I asked these two if they had ever heard of the Swingle Singers. I tried to explain the jazzy feel they put into Bach. I said that was how I heard it and try to perform that way. I think Updike’s clear and beautiful prose captures something about Bach, as does the next little excerpt from my new obsession, Lorrie Moore: 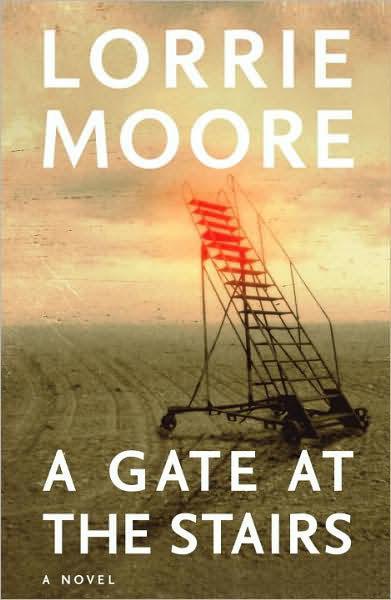 ” ‘Oh, it’s the most beautiful thing,’ she said. ‘Especially with this pianist.’ It was someone humming along with the light dirge of the Bach. Later I would own every loopy Glenn Gould recording available, but there in the car with Sarah was the first time I’d ever heard him play. The piece was like an elegant man in a casket, not yet dead. It proceeded slowly, like a careful equation, and then not: if x = y, if major = minor, if death equals part of life and life part of death, then what is the sum of the infinite notes of this one phrase? It asked, answered, reasked, its moody asking a refinement of reluctance or dislike. I had never head a melody quite like it.” p. 39, Lorrie Moore, A Gate at the Stairs.

Lorrie Moore is really doing it for me these days. I think she is an amazing writer. I love her prose. 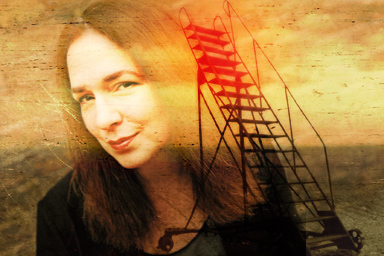