I keep thinking I should record my congregation singing my Jazz mass parts. My buddy, Nick Palmer, had some very good questions about how people would actually sing it. The trick will be to do it without drawing attention to what I am doing. Should be possible. 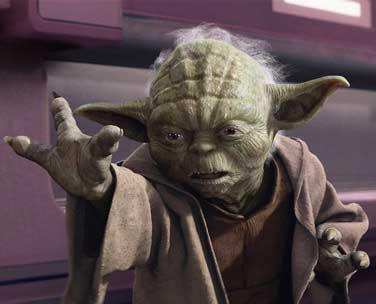 The singing was strong yesterday at Eucharist. It turns out that the relative little known tune, Hollingside, to which we sang, “Take my life and let it be,” is pretty familiar to this congregation. I thought about that as I played Alec Rowley’s quiet setting of it for organ as the prelude. 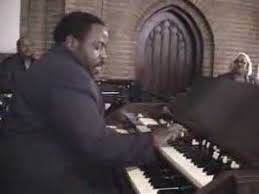 Ever since seeing (hearing) my organ and room through the eyes of John Boody I have been more aware of the quality of the sound. All my life I have had to play mostly very inferior instruments. I have thought that it is lucky for me that the music itself holds such attraction and interest for me that I can sort of listen beyond the quality of the sounds themselves. This is not an entirely happy thought, but still I know that I do not have the aversion to to certain sounds that many organists and organ builders do. I am attracted to better sounds. But having been exposed all my life to crappy organs and pianos, I have found a way to try to make them sound as good as possible despite their inferior nature.

Vocal sounds however are ones that I am constantly trying to improve. I think this is because I know ways to help people make better sounds with their voices. At least sounds that are more acceptable to my ears.

The choral anthem yesterday was an example of this. Sumner Jenkins’ lovely setting of words scrawled on a basement wall in Germany by someone hiding from the Gestapo was our anthem. The choir likes this anthem, so it was easy to get them to focus on vocal quality and interpretation. The result in service was something was I was happy with.

The postlude was “Trumpet Tune” by Calvin Hampton.

It is not as hard as most of his organ works. However, there were sections I wish I had worked harder on. On Saturday I carefully played through the last page 15 times. It concludes with a pedal flourish that I have been practicing. Then I played the entire piece four more times. Yesterday morning I worked on the pedal run, the tricky little section right before it before the pregame rehearsal. I also played slowly through the entire piece.

The result was pretty good. I can remember my teacher, Ray Ferguson, saying that sometimes you practice right up until a performance. I have found this to be true especially in the last few years when I have begun challenging myself more often as a performer.

As Eileen and I walked home together I felt pretty good about the music I had just performed. 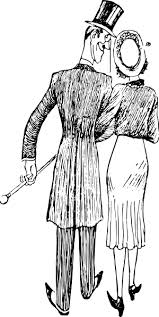 Interesting study about performance anxiety. I was particularly interested and amused at how they set up the musicians for anxiety by asking them to perform difficult music.

Who Will Mourn George Whitmore? – NYTimes.com

Another sad story of American hate.

This writer uses automobile accidents of the Presidents to illustrate her point.

Somehow these “boys” (some are elderly men) put themselves in harms way to direct fast traffic. Some of the drivers toss them money.

Which Millionaire Are You Voting For? – NYTimes.com

I have “friends” on facebook who hate Obama. I have also “friends” who hate Romney. I do not really despite either man. I am planning to hold my nose and vote for Obama. But I can’t deny that his presidency has been one that troubles me. Interesting facts in this article include:

The Possibilities of Quantum Information – NYTimes.com

NYT public editor, Margaret Sullivan, chronicles coverage of drones. I find the idea that we are killing remotely very troubling.