I have set aside the next two days to think seriously about composition. I have been thinking about the styles of music I compose in. This basically means almost any style I can think of.

I am interested in most musical styles. I have listened eclectically all my life. This with little encouragement or even discerning guidance from trained musicians and teachers.

I was thinking of my oboe sonatina and the style it is composed in. (By the way, the oboist and pianist opted not to perform it at this time) When I wrote the piece I thought of myself as writing in a sort of Hindemithian dissonant neo-Baroque style.

I think of my teacher who said it took him several decades to write a C major chord. By this, I took him to mean that the prevailing musical thought was to discount music that actually used chords and write in a more cerebral and esoteric manner. Echoes of the Schoenberg view of music history: progressive and more increasingly difficult to understand and enjoy. One practically had to take a music course (if not several) to be an intelligent listener of non-chordal music.

I remember another teacher insisting to the point of causing me to wonder if he was being honest that one could develop an advanced skill of listening that enabled one to hear and appreciate music that was composed in the strict serial technique of Schoenberg, Webern, Berg and their disciples. 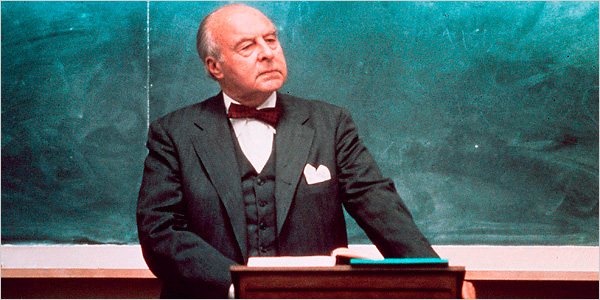 It sounded like he was describing a clarity of hearing that I have never really had.

But now I realize that as I listened to these and other academics, at the same exact time I personally had a passion not only for the music of the academy but also for all the other musics I had been exposed to so far: Charlie Parker’s jazz, certain popular music including the Beatles,

historical American popular music and blends like blues and ragtime.

This doesn’t include the strong influence on me of American church music with its multiplicity of styles.

This morning I realized that my study in poetry and literature probably exerted a strong influence on me regarding accepting many styles. I was looking at my worn copy of Ezra Pound and Marcella Spann’s collection of poems published by New Directions Paperback called “From Confucius to Cummings.”

Literature and especially poetry seemed to move more easily from the popular to the esoteric. Cummings’ language was one that I recognized as not divorced from my daily experience.

Over the years I have continued to compose. Besides the practical (but fun) practices of writing for immediate use in church, I never stopped writing the songs I began writing in my youth. I have called them “Bad Paul Simon Songs.”” This is mostly in jest and also to remind myself of my a necessary modesty in order to evaluate my own work as objectively and clearly as one who creates a work can. (In other words, not all that balanced and clearly…. if one has the ego to put pen to paper and/or make up music, one clearly thinks that what one is doing is worthy).

But I do know that like I believe Zappa seemed to feel, that writing strictly instrumental music is the most fun for me.

The songs have been as much therapy as any thing, since I have continued to produce them even when there was no real outlet for performing them.

Now I have the luxury to simply write. I have found myself writing once again in a pop style. I admire the work of Randy Newman and others. No matter what I do, I guess I am drawn to craft and disciplined skill in the execution of creating beauty.

At the same time I have a distinct distaste for music that does not show its humanness. No rough edges and I am almost always a bit uneasy if not downright bored.

All of this is to say that in the writing I am now doing, I am thinking hard about what particular musical language to use and whether or not to actually write lyrics (not necessarily my strongest skill, but I don’t think that I am unskilled in this area).

Definitely lyric writing is a totally different aspect of writing music. Historical academic composers tended to “set” poems to music. Bob Dylan seems to have sat at his typewriter and typed out rhythmic image filled verse that he immediately set to melody and harmony himself.

Zappa said that his contemporary audience demanded words in order to stay engaged with what they were listening to.  He said it with disdain but continued to produce this kind of work along with more stretches of strictly instrumental work.

I said I was thinking about my decades old oboe sonatina. It occurs to me that it is not exactly in the musical style I thought I was writing in as I did it way back then. It is actually a chordal piece that uses many techniques to make its point.

I am reminded of a piece I wrote when another composition student attempted suicide. It is a simple piece that is a snippet of melody over an unchanging chord. When a musician I had worked with in popular music heard it, he remarked that he was surprised that the music I was writing in college was something that he would be able to understand and appreciate. I remember replying to him that of course it was.

Anyway, my lovely wife is going away for a couple of days and I am planning to allow myself some solitary space to do a bit of thinking and sketching. I have been keeping sketch books recently in which I jot ideas. I am not thinking too much beyond this other than I do have several musical thoughts I have been mulling over recently.

It’s hard to predict but maybe given some time something will pop out to be developed.