Thanks to Matt Scott of LemonJellos (pictured above)  I woke in a very creative mood this morning. I am thinking about the August 5th gig that Matt has thrown my way. I am considering approaching this evening a bit differently.

I have begun by making sure my violinist, Amy Piersma, and cellist, Dawn Van Ark, are able to be there. At our weekly rehearsal yesterday, we discussed performing the first movement of the Mendelssohn piano trio in D minor we are working on. This is a great work and I think it would be interesting to use it on August 5th. 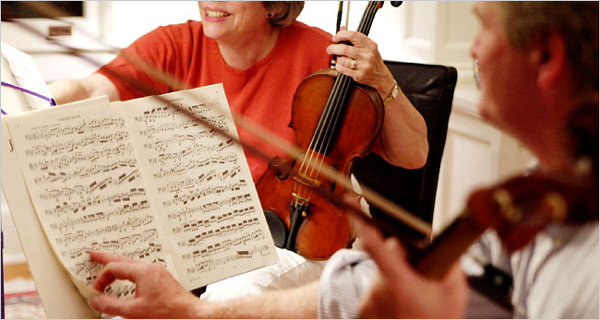 I am considering doing a little listener’s guide before we perform this 20 minute work. Amy and Dawn were very supportive and enthusiastic about all of this. Still thinking about exactly how to include it.

In addition I am considering doing some composing for this event. I have started a 3 movement work of new material. The first movement is has the working title of “You must be the animal.” The second movement I am thinking of composing is a work I have been thinking of ever since the death of my father called “Dead Man’s Pants.” The third movement is still up for grabs.

I would also like to do some of my other compositions as well as some interesting “covers” that might extend from Zappa to Bebop to Harpsichord music.

I need to let this mull around in my head for a bit.

As I was thinking of this I realized that I would like to hear my old Oboe sonatina I wrote back in the seventies. Recently I have invited Deb Coyle to perform as oboist with my choir on May 9. We will be doing John Rutter’s setting of Psalm 23 that he included in his Requiem.

Deb has told me she really likes performing with Jennifer Wolfe, the children’s choir director at my church. This morning I emailed both of them proposing that the two of them play the prelude that morning on oboe and piano. I have offered my oboe sonatina as a possible piece to do but have also told them they could come up with something else.

At any rate, before doing this I dug around in my files and found a copy of this sonatina. I am fond of this little work and am planning to put it in to Finale for some future use. Maybe even on Aug 9. I would especially consider this if Deb and Jennifer don’t perform it on May 9.

On another note, I read 60 or so pages in Mao: The Unknown Story by Jung Chang and Jon Halliday. This book is very critical of Mao but I have been meaning to read it since way back before my China visit. I didn’t take it with me not only because it is a huge old hardback but because I think it might be banned in China.

I also have been doing some escape reading in John Le Carre’s Smiley books. I have been listening to dramatizations of them on BBC and it makes me want to read them.  I thought I had read all of the Smiley novels but I’m beginning to wonder if that is so. At any rate I am almost done with The Honorable Schoolboy and managed to find Smiley’s People on the shelf at the library yesterday.