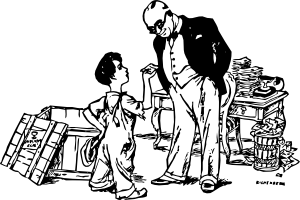 “What are you reading?” asked the banker, “What’s it about?”

“I hate to tell you it’s about the way money talk has so distorted public rhetoric since the 80s, that not only can’t we work at solving our societal problems we no longer have the language to talk to each other about them.”

Ill fairs the land, to hastening ills a prey,
Where wealth accumulates, and men decay.

This couplet graces the cover of Tony Judt’s book, Ill Fares the Land. It was the book the banker was asking me about.

In it’s opening passage, Judt maintains that “pursuit of material self-interest” … “now constitutes whatever remains of our collective sense of purpose. We know what things cost, but have no idea what they are worth. We no longer ask of a judicial ruling or a legislative act: is it good? Is it fair? Is it just? Is it right? Those used to be the political questions, even if they invited no easy answers. We must learn once again to pose them.”

I find this sort of reasoning extremely attractive. Due probably in part to my own moral formation in the difficult simple words of the Christ of the first four books of the New Testament, I feel that any group of humans can be judged by how they provide for the weakest, how they address those of their group who are hungry and have no place to live. Even more importantly I feel that I am judged by how I live in accordance with these ideas.

It seems as though many people I listen to or hear expressing personal opinions on radio and tv live in an echo chamber of rumor and confusion. I make a point of paying attention to people I don’t agree with. I notice that over and over in the midst of conversation I hear ideas that are untrue repeated in good faith as though they were fact.

To me, this is the essence of self-examination: to bring one’s reason to bear on one’s beliefs and actions. We all have distorted ideas about our lives. We live within the prison of our own thoughts and language which themselves contain distortion.  It is the honest attempt to overcome our own quick judgments and misapprehensions that requires our constant attention.

I am reminded of a teacher I knew as a teenager. He said there was more truth and news in poetry than in the newspapers. Again I’m afraid I bought this simple difficult idea. I even extend it to my beloved art of music and sound.

But at the same time I do pay attention.

Right now I find so much of what passes for information dissemination and even sometimes conversation is posturing.  It reminds me so much of the story of the emperor with no clothes.

We all basically know that people who are standing in front of tv cameras and radio microphones are often repeating clever empty emotional diatribes. They create an echo chamber of nonsense where the truth does not obtain only the rumor and half truth. But we forget and act like what we are hearing and reading is real like the invisible clothes of the emperor in the story.

I have to remind myself silently that there are such things as true facts. A fact is either false or true. The relativism that the left and academia is sometimes accused of has permeated all sides of bad rhetorical conversation. And it is worth asking if something is wrong or right even if it is difficult to find an answer.

This brings me back to Judt and the banker.

He and I proceeded to dance into a tricky conversation about money and government in which we both believed we were being honest but careful. On the one hand even though he was speaking for the side of life that I myself do not give much credibility I tried to assume his good faith and honesty. He on his part seemed to be attempting to hear my words in a similar way even though it was obvious that we are coming at life a bit differently.

The way we live now (to borrow one of Judt’s chapter titles which is also the title of one of Anthony Trollope’s last novels)  is to react fast and angry to so many layers of misinformation and outright lies that it makes it difficult to have honest civil conversations, either in private or public. 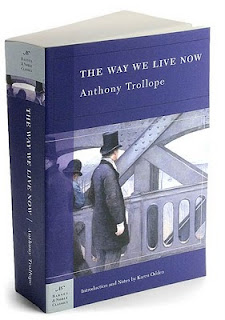 As Judt work is maintaining we must learn to reach over these divides and ask the honest moral questions together as a society even if there are no easy answers.