“What a wee little part of a person’s life are his acts and his words! His real life is led in his head, and is known to none but himself. All day long, and everyday, the mill of his brain is grinding and his thoughts, (which are but the mute articulation of his feelings,) not those other things, are his history. His acts and his words are merely the visible thin crust of his world, with its scattered snow summits and its vacant wastes of water—and they are so trifling a part of his bulk! a mere skin enveloping it. The mass of him is hidden—it and its volcanic fires that toss and boil, and never rest, night nor day. These are his life, and they are not written, and cannot be written. Every day would make a whole book of eighty thousand words—these hundred and sixty-five books a year. Biographies are but the clothes and buttons of the man—the biography of the man himself cannot be written.” Mark Twain, Autobiography of Mark Twain: The complete and authoritative edition, vol 1

This passage leapt out at me and reminded me of the other author I was reading lately, James Joyce. Joyce would agree with this sentence I think. Except for the part that a life can never be written, since that is the point ofUlysses… to record a complete fictional day of human life. 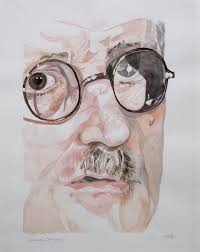 Yesterday turned into another full day for me. I’m feeling a bit creaky this morning.  I chose Sunday’s organ music: a piece by Bach and a very interesting setting by church music composer, Harald Rohlig. I have played a few of his compositions and have always found them distinctive and interesting. A quick google reveals that he is a professor emeritus in an Alabama college (Huntingdon).  He was born in Germany and disturbingly was drafted into Hitler’s air force in WWII.  Here’s a link to 2004 lecture notes for a lecture he gave entitled, “Living under an unjust regime.”

Anyway. Both pieces I am looking at for Sunday are based on the opening hymntune: Christ ist erstanden. Rohlig and divide up their settings into sections labeled versus.  I am planning to play Bach’s third versus. Haven’t decided how much of Rohlig to schedule. It’s good music but playing all of it for the prelude might be a bit lengthy, not to mention more music to learn for this Sunday.

In the afternoon, my violinist and  I met with a bridal party for an upcoming wedding at Hope college. The bride was probably nine or ten years old the last time I saw her. This turned into a full fledged music consultation as I recommended psalm settings to a singer (who has never been a cantor before but “sings at her church”), demonstrated piano, organ and violin music for the group.  Watched the bride’s mother (who is a friend) tear up while we discussed the particulars.

Came home and worked a bit on putting the psalm in Finale so I can adjust the key for the singer. Why do people sing so low these days? I think the answer is that they are unschooled.

At ballet class my strategy of including melody in the introduction seemed to be the ticket for most of the evening. The instructor is more rigid than I am used to. One move called the frappé involves a short series of vigorous jumps. I often play a improvisation that is as much rhythm as melody. So I didn’t do much melody in the intro. Immediately the teacher began indicating a slower rhythm. Then after she explained to me that I should begin the introduction with the last phrase of the melody I planned to play. This is fine except that I often don’t know exactly where a melody is going until I play it.

In fact, my approach differs from this in church work where I have made sure for years that congregations clearly hear the beginning of the melody I am asking them to sing. It is a bit old fashion to make the introduction the last four bars of the phrase.

You can be sure tonight there will be a melody in every introduction. I am a bit more used to being treated like a member of the team than this woman can pull off. Nevertheless her temperament is very calm and matter of fact, not bullying. I think I can get through this first week and do the job if not well at least adequately for her.

“…[I]n exchange for free and exclusive licenses to use the airwaves, bona fide “public service” programming should be provided by broadcasters, whom he addressed and angered at their national gathering in Washington. “

Then FCC chair Newton Minow pissed off the media when he maintained this in 1961. I think it’s still true.

Interesting history of appeals and mischief caused by prosecutors.

I remember when I first took plastic bags to recycle at Meijers a few years ago. The clerk thought I wanted my 5 cents per bag and began throwing them away. She barely understood that I was trying to reuse them. Now Meijers sells fabric bags to reuse for a dollar.

We ate great when we were in China. Including the street vendor buns mentioned in this article.