I had quite the day yesterday.

In between classes I managed to point the psalm and prepare the rest of the info for Easter II and email that off. I skipped out early from my noon class (with permission of the teacher) for a funeral. When I arrived about twenty minutes before the service there was no place to park and the place was already standing room only. The man who died was a musician. I quickly sat down at the piano which was near the door I had come in and began improvising including versions of gospel hymns as requested. Later the widow told me the family was sitting in the back chapel listening and found my playing comforting. I had already decided I would do the entire service at the piano. This was partly because the man who died was a pianist. Also, the choices for the service were a little better served on the piano and the family had requested piano.

I barely knew the man. He did not attend the later service at the church. We had maybe one or two conversations. I was vaguely aware that he was a musician.

It was a good thing that I had chosen not to use the organ as the choir area was already full of mourners when I arrived and it was impossible to move easily between the piano and the organ.

The funeral lasted till a bit after two. I went home for a bite to eat pretty exhausted but satisfied I had done a good job. I went back for a brief meeting with my boss about the upcoming liturgies and prepared for the even choir rehearsal. Came home with little time to spare before going back for the rehearsal so no treadmilling for Steve.  Eileen and I ordered a pizza.

Back to church for choir rehearsal. Now for four days with a service each day.

2. A Question for Seder: What Role for Screens? – NYTimes.com

These kinds of questions always interest me. How do we adapt to tech? Yesterday at the funeral when they played  a CD in which the singer invited everyone to sing along (Just a closer walk with thee) most of the people present sang.  Fascinating and a bit surreal for this old musician. 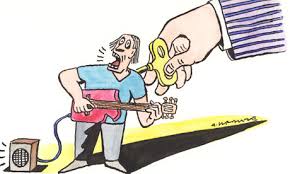 Posted this link on Facebooger with the comment: “What year is it?”