Yesterday Jordan and I played an entire movement of Milhaud with the metronome clacking away our ears. This is not normally a procedure I go for, but it doesn’t hurt once in a while. Playing with a metronome forces the musician to absolute regularity in his/her playing. This is a skill that I have pursued in my life.

I have rattling around in my head ideas about perfection versus the beauty of the flaw or the human. Playing with a metronome arouses some of these. I have a picture of Beethoven discovering the recently inventend metronome and immediately carefully notating the etempos of his music. Then later returning to these same decisions and revoking them in ire, insisting that the metronome was not consistent. Of course, it was the genius of Beethoven and his emotional music that was inconsistent, not the machine.

Erik Sanko has written a song called “The Perfect Flaw.” It’s on his solo album, “Past Imperfect, present tense,” which I greatly admire. 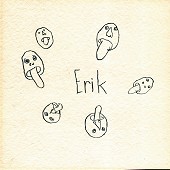 Is it the hairline fracture that parts the glaze?
That crooked smile meandering across her face,
Is it that lonely note that helps punctuate
how she erupts with laughter when she is late?
Did I fall too hard? Did I break the law?
Have  I fallen for the perfect flaw?

Also rattling around in my head are ideas I have read about tempos and perfection. Ideas like the desirability of having each measure of classical music be a slightly different length from the others, like the fact that there is nothing less musical than a metronome.

Whether one is thinking about the breaths that groups of singers normally take at the end of a phrase interrupting the perfection of the tempo or the idea that any phrase will disturb the precision of the beat if even at a micro level, flaws and variations in music do seem to insist on having a place in my aesthetic.

I wonder how this relates to the use of click tracks in recording. Click tracks clack away precisely as performers lay down their part. The tracks keep all subsequently recorded sections precisely together. They are indeed metronomic. But this is not how I perform. I suppose some types of music which are driven by a steady pulse may resist the idea that there is a bit of life and breadth to the line and the music, but actually I doubt it.

Chopin’s concept of rubato was to “rob” some time that would be compensated later.

This is tricky in organ playing when you have no real ability to accent a sound other than with slight delays (agogic accent). It’s also no mean feat to keep a steady beat. At least for me. I do work with metronomes and pay attention to my own steadiness.

In one of Beethoven’s piano sonatas he is on record that each of the many sections of the piece are taken at a slightly different tempo, although he indicates nothing like this in the score. This is the second movement of Opus 10, no. 3. Charles Rosen says in one of his books that B. said the “pace should change 10 times but only as to be heard by the most sensitive ear.”

And that’s really the key. When changes in tempos or other distortions draw attention to themselves they have failed as ways to communicate the music.

But in this day and age, when technique is so valued and recordings are constantly edited to reflect breathless and unreal performances, it is really the opposite that is more likely for listeners. Music performances that are pristine and flawless can have an odd effect on this listener.

But of course one of the appeals of music to me is that there is always room for improvement. So I guess that means one reaches for perfection, but in reaching remembers one’s humanity.