I ran across a phrase in A Secular Age  by Charles Taylor which sparked a tangential though  in my brain. He was contrasting neo-Christian movements that emphasize emotion in a reaction to the complexity and disintegrating aspects of their societies. He saw them as representing passion in the face of the “cool distance of… impeccable intellectual orthodoxy.”

I have been reading scholarly articles cited in the footnotes of Guinier/Torres’ The Miner’s Canary. I am interested to follow the ideas of Critical Legal Studies and Critical Race Theory. The latter applying “magic realism” to its thinking and both applying narrative or “story” to their analysis and subsequent understandings of law and race.

It reminds of the delight I felt when I discovered that there are musical academic types who have moved beyond the “cool” distant orthodoxy of academia. This institutionalization I experienced in my college education usually seemed to miss the point of music at least as I understood it then and now.

Now I am likely to find educated people who are writing and thinking about music much more likely to factor in the larger worlds of music: popular music, music of all cultures, the importance of “musicking” to being human.

Examples of this are when I discovered the online text (which is deliberately not behind an academic firewall as far as I can tell) of The Changing Sound of Music: Approaches to Studying Recorded Musical Performances by Daniel Leech-Wilkinson or the works of Christopher Small.

Both people represent a trend much different than I ran into in my college years. 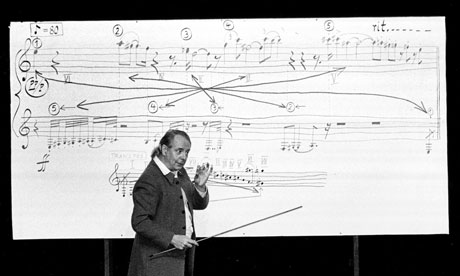 I have since decided that some of this was the universities and colleges which I attended. The best musical minds I ran into tended to be in the studios of the people who taught me piano, conducting and organ. People who taught music theory, history, advanced analysis, and other core music subjects  for the most part tended to look backward rather than to raise their head and see what was happening around them in music. God forbid they could think clearly or speculate intelligently about the future.

But I suspect there were those who were thinking more clearly in US colleges and universities then. I just didn’t rub shoulders with them.

There is a corollary in music composition.

When I examine the works of composers like Gwyneth Walker and Carson Cooman, I can tell that they have been encouraged to find a musical voice that is very different from teachers and student composers I knew in school.

Integrating larger musical languages wasn’t forbidden. It just didn’t end up happening with the ease that I see in a lot of music being written now.

Musicians move much more easily between firewalls of classical and popular and folk than they used to. and Jonny Greenwood from Radiohead.

These composers seem at ease with moving beyond the specifically popular genre they first achieved success in.

I compare their work to the “classical” attempts of Paul McCartney and Billy Joe.

I see the older generation somehow changing gears when they try to write “classical” music instead of just writing music. They appear to go from writing excellent music to writing boring music.

1. Comcast vs. the Cord Cutters – NYTimes.com

It makes me crazy when I read how much more we here in the USA pay for internet connections.

2. Driving to the Music of Chance – NYTimes.com

This is kind of a goofy article. But I’m always interested in  what music has meaning for people.