I had two very productive conversations yesterdays. The first was with my friend and colleague, Peter Kurdziel. The second was with my boss, Jen Adams. Peter reminded me of the coherence and professionalism of my approach to my work. He said if I ended up leaving church music due to the usual pathologies one finds in this kind of work it would be a defeat and a loss to the profession. Nice to hear. He also had some specific strategy suggestions for my situation. 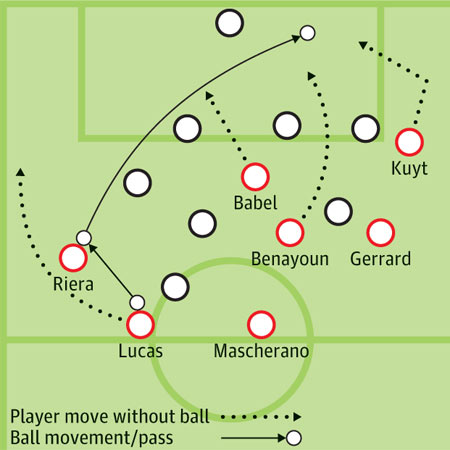 Later my boss and I sat down for our weekly talk. I was relieved that her perceptions of some of the stuff happening in my work is very similar to my own. We had the usual easy meeting of the minds.

Before this my piano trio rehearsed. We began rehearsal with Mozart instead of the usual Mendelssohn.  We did some detail work on this piece including discussions and experiments with tempo and articulation. Very satisfying experience.

Playing with string players can be so enlightening for me. There are musical things that string players do as a matter of course, like phrasing and tempos and general musicality that are things that keyboard players must make their sounds do as well. Even though we are a step removed from the actual producing of the sound. String players actually touch the string (when it’s not the open pitch) and activate the string with the bow. Keyboard players are forever “pushing a button” that activates a mechanism that makes the sound.  That’s a bit different.

But I have found it helpful to listen to other musicians who are string players and learn. So it’s one of the many things I am getting out of working in this piano trio.

It was also interesting to move from rehearsing Mozart to Mendelssohn for once. Usually we begin our rehearsal with the Mendelssohn. I found that we were working for a necessary precision in the execution of Mozart. Then the Mendelssohn seemed much more scattered to me. I think it was a bit looser than usual yesterday  with all of us in the trio having little “moments” when we didn’t play exactly how we intended.

The cellist remarked that proceeding from Mozart to Mendelssohn reminded her how “romantic” Mendelssohn’s music is.

Anyway after the rehearsal and my meeting with my boss I walked home to find that Dover publications had sent me the books I had ordered. It felt like a positive reward, heh.

This morning I noticed that none of the books I ordered were directly related to church music. Hmmm.

One of them is a translation of a music theory treatise first published when Bach was 37 years old (1722). “Treatise on Harmony” or “Traité de l’harmonie” was Jean-Philippe Rameau’s first work in which he laid the ground work for the 19th C. and early 20th C. understanding of how chords work in Western Music Practice.

I always find it so ironic that rock and roll musicians sometimes insist on the primitiveness of their music and its uniqueness and worth. We would not be able to play our rock and roll if it had not been for the invention of harmony in Western Civilization around the 13th century and then for its codification by people and especially Rameau.

What I mean is when I teach people chords I utilize the idea of I-IV-V (one, four, five). People usually quickly recognize a bit of “Louie, Louie” or some such rock piece that outlines these basic three chords. When I do that I am using ideas that Rameau himself actually articulated in his theory of the “fundamental bass.”

I have read in his work over the years but did not own this particular text.

Wonder of wonders, as I was reading the translator’s introduction her referred to other books that do a good job of systemizing and clarifying Rameau’s theories. Of course with a few clicks I was able to look at one of these books online [link to Theory of Harmony by Shirlaw]

It sits on a website I have never been on before but had books that were not on my usual sites (including Google Books). It’s called Open Library and its slogan is “one page for ever book.” [link]

While I’m talking about book sites, I recently received a magazine in the mail about U of M’s online books site called MIRLYN [link]. I just tried it and it’s a bit clunky for looking for books to read online. U of M seems only to have links to other sources online. But that is only after a quick look. I might not be using it correctly.

I also ordered a the score to Stravinsky’s “Rite of Spring.”

Although Dover uses this cover in its catalog, it’s not the one they mailed me which was a miniature score. It looks more like this:

This piece has haunted me all my adult life. I like having scores when I am analyzing and thinking about a piece. Thinking of adding “Rite of Spring” to the music I listen to in spring.

Although Chaikowsky’s music is scattered throughout many of my scores, I don’t own one collection of his piano music besides a charming little transcription of “The Nutcracker.” I have been taken a weird interest in romantic music lately and thought it might be nice to read through some of his work I am unfamiliar with.

I am aware that Fanny Mendelssohn and Clara Schumann were composers in their own right. But I haven’t been that interested in their music.  Fanny figures prominently in the life of her brother, Felix. So I thought it might be interesting to check out her work.

I am a fan of this composer. I do have several of his scores but not this one.

Last night I alternated cooking and cleaning with sitting down and reading through pieces in these collections.