We arrived back safely from the Grayling cabin last night. Mark and Leigh came to Holland as well. I begin playing for the annual Internation Cecchetti dance camp today. Mercifully I only have afternoon classes today. I will receive the schedule for the upcoming two weeks at one of them.

In the meantime I have been thinking about David Foster Wallace since I listened a bit to the audiobook of his last novel over vacation. 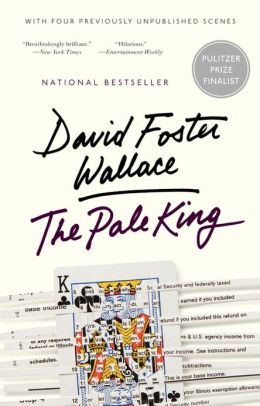 In Chapter 19 of The Pale King the authorial veil seems to slip a bit and we glimpse what David Foster Wallace’s incredible mind has to say about the contemporary madness of living in the USA (and beyond).

The chapter consists entirely of dialogue. Like other chapters in the book it leaps into the middle of something with no indication of context or characters. Gradually we figure out who is speaking and that they are stuck in an elevator. 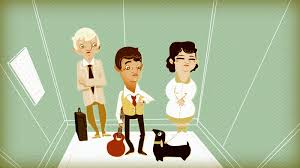 This is a brilliant context for the chapter. Several IRS people are stuck in an elevator together. The reader can eventually identify one voice as Mr. Glendenning. He is the senior person in the elevator and serves as a sort of Socractic like narrator of the conversation. It is his voice that Wallace is using to elucidate his own take on “civics and selfishness” (a phrase he uses in the very first sentence of the chapter before we really know who is talking and where we are).

“Corporations are getting better and better at seducing us into thinking the way they think—of profits as the telos and responsibility as something to be enshrined in symbol and evaded in reality. Cleverness as opposed to wisdom. Wanting and having instead of thinking and making. We cannot stop it. I suspect what’ll happen is that there will be some sort of disaster—depression, hyperinflation—and then it’ll be showtime: We’ll either wake up and retake our freedom or we’ll fall apart utterly. Like Rome—conqueror of its own people.”

The idea that profits drive the masters of the universe seems to be a defining understanding of contemporary living. That it is both enshrined and hidden is also party of the tricky stuff.

The Pale King is set in the late 80s, but Wallace is speaking clearly to the early 21st century. He captures the puzzling current anger and understanding of the government as “them.”

“The government is the people, leaving aside various complications, but we split it off and pretend it’s not us; we pretend it’s some threatening Other bent on taking our freedoms, talking our money and redistributing it, legislating our morality in drugs, driving, abortion, the environment—Big Brother, the Establishment—”
“The Man.” (SBJ note – chimes in another voice in the elevator)

Mr. Glendenning quickly arrives at the metaphor of the “lifeboat” to help explain the morality or lack their of in reifying the government into “them” and not “us.”

“Suppose you’re in a lifeboat with other people and there’s only so much food, and you have to share it. You’ve only got so much and it’s got to go around, and everybody’s really hungry… Of course you want it all, of course you want to keep every dime you make. But you don’t, you ante up, because that’s how things have to be for the whole life boat. You sort of have a duty to the others in the boat. A duty to yourself not to be the sort of person who waits till everybody is a asleep and then eats all the food.”

“Which you never had, I’m betting.”

I recommend the entire book, but especially chapter 19.