First another excerpt from a sermon by my Dad.

“There were three of us, I think, and we were looking in the living room window of a neighbor. Three peeping toms… (Not exactly a sign of good manners, but we were about 10 years old, and we had a lot to learn about the thing to do and the thing not to do)

Inside the room, they were having a “meeting”…and it was such a meeting that the 3 of us boys were not the only ones looking in the window…several folk passing on the street had stopped, too, and they were looking in at the “meeting.” It was a spectacle…really a most pathetic spectacle…for the people inside were all speaking at once (I did know that much about manners that people shouldn’t speak when someone else is speaking)

It was a sort of prayer meeting…actually, a tongues meeting…and the words the people were speaking sounded more like a babbling infant than a language…

But I recall, as I looked into their faces (by this time my nose was pressed against the window pane…there was deep sincerity written there…

For some reason, Dad was preaching on Pentecost on January 6, 1963. Actually Jan 6 is Epiphany in the church year, but I don’t think Dad was aware of this at the time. The title of his sermon was “To Build Up or To Tear Down.”

At the Monday evening AGO Potluck, I took three dishes. I did this because it was my idea that college students should not feel like they needed to bring a dish if they wanted to attend.

I made a concoction I have come up with for myself lately.

It’s sort of a Kale ginger stir fry. I brown up some good veggies like mushrooms, onions, garlic, and carrots. Then I add Kale (and chard or whatever… I only added kale Monday). I steam the kale down. Then add bean sprouts and ginger sauce.

Apparently the people who took some at this potluck liked it as well. There was none left.

I also took a tossed salad and made blueberry muffins. I was surprised that the muffins were not all gone at the end of the evening.

I have been thinking about the presenter, Yun Kyong Kim.

It was the first time she had done a presentation like this, so she told us. “The Performer Within You: planning, practicing and performing concerts” was her topic.

She is a pretty seasoned virtuoso so I was pretty sure it would be an interesting talk.

What I had not anticipated (what I continue to not anticipate about “educated” people) is her lack of sophistication. In her case, I found it charming. She was obviously terribly sincere and told us stories about how she came to be an organist.

She seemed to be speaking largely out of experience as a teacher who helps church musician break out of a box of not every doing recitals.

I find this kind of weird. Most of my colleagues continued to give recitals after college. I know I did.

Still it was interesting to listen to her talk about the process.

I would have been very interested in her own learning process but she chose to omit that.

The reason I though she was a bit naive is that she skirted some of what I see as the main issues in performing music these days, namely what is it we are doing and why are we doing it. She hit these by implication. She urged us to think about pacing and “opening  up” a space for listeners by including all kinds of music in our choices.

At this point, I began to realize how narrow the organ world is these days.

Now I believe that all classical musicians themselves are suspect if they present themselves as sort of high priests (priestesses) of a canonic repertoire accessible mostly to the privileged.

In this case, organists are left a bit in the cold. 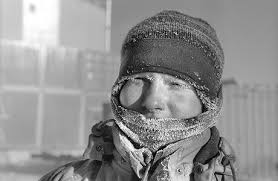 I see this as moot, because I think the music world is rapidly changing to be large, fragmented and diverse.

Dr. Kim (as Hew Luwis called her at the recital the other night) addressed this indirectly by having a very open mind about musical styles.

But more on this later when I talk about her concert on Tuesday.