I am having a luxurious morning despite rising early as usual. No classes. Julie canceled two of them because dancers are involved an upcoming dance concert called Dance 41. 41 stands for the number of years they have been offering this concert. She’s showing the third class a movie, so I have a day where all I have to think about is one of my jobs (church). Excellent.

Feeling the lack of pressure, after Greek I began my morning looking at the poetry of George Meredith. Christiano Rizzoto a young Brazilian organ virtuoso finishing up his doctorate at the University of Oklahoma posted a poem by Meredith on Facebooger yesterday.

I quite liked it and realized I wasn’t that familiar with Meredith’s poetry. So I pulled out a couple of anthologies and read some Meredith this morning.

Then I decided was interested in him and read up on him ultimately putting a free copy of his novel, The Egoist, on my Kindle. I continued my morning reading with MacCulloch’s Silence which is brilliant and Smitth’s bio of Vierne.

I came across a particularly interesting passage in Vierne’s autobiographical section of Smith’s book this morning.

… The musician in particular is surprised that, in a relatively short time, his ear becomes accustomed to the sound of chords, timbres, and combinations against which he honestly rebelled before that first hearing.

Art, whose principal aim is to take us by surprise, is then presented with a challenge; even eccentricities that astonished us most when we first heard them now seem rather childish and no longer have the power to disconcert us. For the immense majority of people the emotions are still the criterion for the intrinsic value of Occidental music. ” Vierne quoted in Smith’s book on him

I couldn’t help but wonder about my own recent infatuation with Romantic music in this regard. Previously, I had little sympathy with the majority of music in that style (not all, of course). But lately I have been drawn to the French romantic organ school. 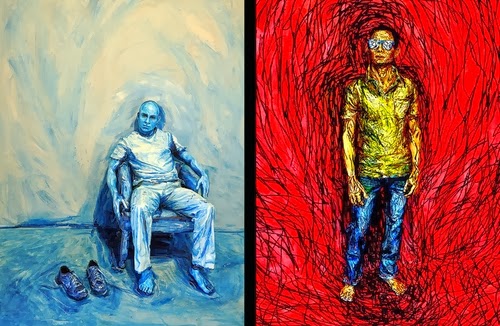 And I love the phrase about Art’s principal aim is to “take us by surprise.”

I have decided to perform Vierne’s “Postlude Quasi fantasia,” the last piece in his “24 Pièces en style libre, Op. 31 as a postlude Sunday. I meant to bring it home to work to rehearse sections on the piano. Yesterday when I went to do this, I discovered I had brought the wrong volume of this work home.

But we live in the age of the interwebs and within minutes I had printed up a copy to practice from at home.

Interestingly this will be my third time using Vierne’s “Postlude quasi fantasia” for a church service over the years, all on shitty organs of course.

Similarly this morning I was intrigued by Vierne’s description of the musical abilities and style of his student,  Augustin Barié, “Audacious harmonies, rich polyphony, elegance of thought, poetic detail—these were [Barié’s] special qualities.”

Although Vierne is describing Barié’s improvising, Vierne goes on to say that due to an early death Barié left only three pieces. They are all sitting online at IMSLP. I pulled them up and am going to look more carefully at them later this morning. They do look interesting.

Finally, I put the A sections of my two pieces for Ballet class into Finale. I have temporarily entitled them “Which witch” (pdf) and “”Sweet talk with a dark side” (pdf) (Links in case you want to look at them or even print them up for playing)

Playing through them yesterday (rehearsing them actually… performing is not quite the same as composing), I could hear in my head a pretty cool piano trio arrangement of them. How about that?