Wednesdays begin with an 8:30 AM ballet class for me and end with an evening of rehearsals. I don’t have as much leisure time in the morning for my usual routine of reading poetry and some non-fiction. I skipped my non-fiction this morning to put this blog up. 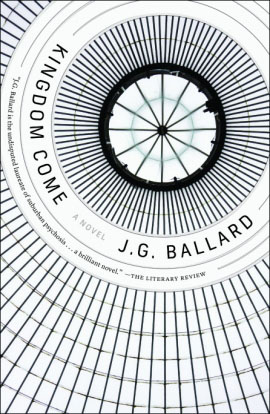 I am well over half way through J.G. Ballard’s last novel, Kingdom Come. Ballard is a sci fi dude I have read over the years. I was surprised when he leapt into prominence when his novel, Empire of the Sun, became a big movie. Same with Crash. I have read neither of these books.

Kingdom Come is a funny book to be reading during a presidential campaign in the USA. Ballard tells a tale of a suburban city called Brooklands in the UK.

An old man has been shot in a disturbance at a huge mall there.

His son, a former advertising executive, goes to Brooklands to poke around and find out more about his father and his father’s death.

In the course of this, he discovers several odd plots, one to destroy the mall, one to protect it, and one to rid the country of undesirables like immigrants. The story is mostly about the collapse of civic order and identity into consumerism.

Here is a sentence I liked enough to record (I’m reading a library copy).

“The human race sleepwalked to oblivion thinking only about the corporate logo on its shroud.”

Regarding the current presidential debacle, I mean election, at one point a prominent TV announcer and product spokesperson joins with the ex-ad man to develop both a weird existential product and lifestyle/politics campaign. Very cool.

They consciously and surreally discuss their work and decide it’s the “new politics.”

“The new politics is going to be a little like pro rugby. Try it out on your next consumer shot. Don’t change your style, but now and then surprise them. Show an authoritarian edge, be openly critical of them. Make a sudden emotional appeal. Show your flaws. then demand loyalty. Insist on faith and emotional commitment, without exactly telling them what they’re supposed to believe in.”

This could easily be a talking head on the tube speaking of the opposing party candidates in the USA. 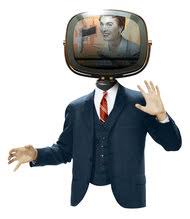 Ballard published this book in 2006. It was his last. The writing is uneven. Excellent in place and then suddenly quirky and confusing.

It is an interesting book to have in your hands and then watch the devastating spectacle of American presidential campaign in 2012.

I had a very busy day yesterday but I did find time to choose music for the following Sunday.

I thought I should balance out my recent baroque and contemporary (okay sort of contemporary) choices with a romantic Sunday. Also I wasn’t looking for big projects. I landed on a charming little canon by Robert Shuman.

I will register it a bit louder than the editor suggests here and use it as the postlude.

For the prelude I will do the first 2 sections from Mendelssohn’s Sonata V.

I am also thinking of an insane little project. In Messiaen’s Nativity suite for organ each movement has at least one scriptural reference.I think it would be interesting to look these up in the Three Year Lectionary we use at church. The music itself would be appropriate outside the Xmas season as well as during. Last year I played a couple. I think his music is beautiful.