I was pretty lethargic yesterday. My recital turned out to be sort of a major project, so I needed  a bit of a rest. I spent most of the day reading and playing piano. Tough life, eh?

Found myself playing Beethoven, Mendelssohn, and both Louis and Francois Couperin.

I did a bit of actual rehearsing on the Mendelssohn piano trio I am learning.

It was the sort of day, I found myself dozing off while reading.

Besides reading Declan Kibard on Joyce, Ulysses by Joyce and The Recording Angel by Eisenberg, I bookmarked the following articles online: 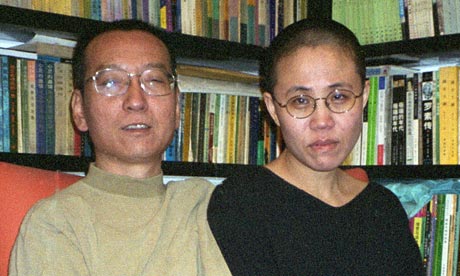 Wife of Chinese Dissident, Liu Xiaobo, losing hope for his release by Tania Branigan for Guardian UK. (link to article)

Liu Xiaobo was taken away on 8 December last year, a day before the publication of Charter 08, a plea for democratic reforms that he co-authored. He was formally arrested in June on suspicion of inciting the subversion of state power.

The wife (Liu Xia) looks very sad to me in the photo. What a bunch of crap. Tomorrow is the anniversary of Liu Xiaobo being taken away.

Transparency International has done a study of corruption in governments in the world. (link to site). New Zealand is the number one least corrupt, Somalia the most at number 180. China is number 79 from New Zealand, the U.S. is 19 just below the U.K. 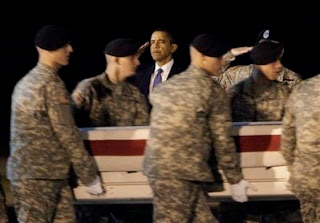 How Obama Came to Plan for “Surge” in Afghanistan by by Peter Baker (link to NYT article) is an interesting study in that boring topic, policy making and governing. I am okay with political back and forth, but what drives me nuts is the rancor and ideologies that are driving our political rhetoric. It seems to have so little to do with the job of governing. Obama is obviously trying to govern. Good luck to him.

Eisenberg (The Recording Angel guy) discusses the private use of music in our lives. He points out how some people listen to certain musics in their homes on certain days: Messiah on Xmas, Klemperer’s recording of Beethoven’s 6th on Shabbat, Mothers of Invention of Mother’s day.

He describes at length Thomas Mann’s use of character’s listening to music on a phonograph in The Magic Mountain. I have read this book and vaguely remember this.

But his most startling example comes from Aldous Huxley:

Aldous Huxley, who had as good an ear as anyone for the resonances of technology, also cast the phonograph as an instrument of death and the hope of afterlife. In Point Counterpoint the world-weary cynic Spandrell, who is ‘not a man – either a demon or a dead angel,’ plays Beethoven’s ‘Holy thanks-song of a convalescent’ from the A minor Quartet – music which he finds the only proof of God, the soul, heaven – and kills himself. ‘Long notes, a chord repeated, protracted, bright and pure, hanging, floating, effortlessly soaring on and on. And then suddenly there was no more music; only the scratching of the needle on the revolving disc.” from Chapter Four Ceremonies of a Solitary in The Recording Angel by
Evan Eisenberg

Bleak little image there. But fitting, I think. Music like life itself is transient and gains meaning from its transience.