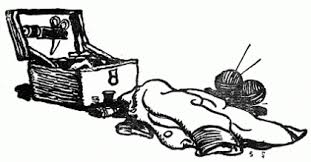 “When I was a boy, I recall my mother always had a sewing basket. Sometimes the basket was full, and sometimes empty. Usually it was empty right after a sewing circle meeting, for the sewing basket was her collecting place for the remnants of material left over from her sewing. She would take those remnants to her sewing circle, and they would make quilts out of them ….. ”

“I remember well after Thanksgiving or Christmas…whether it was a chicken, a duck, or a Turkey we had…the remnants of that bird remained for several days after the holidays…we usually had sandwiches out of the remnants…I’m not sure which were best, the sandwiches or the original turkey…that was Mom’s remnant shop…..”

This is taken from sermon notes by my Dad dated March 31, 1963, Church of God — Greeneville. The title of the sermon is “God’s Remnant Shop.” 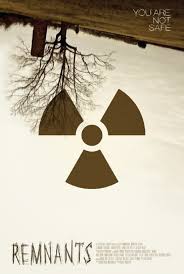 After these memories, Dad observes the following.

“But this business of remnants is  beginning to be big business today! We have factory outlet stores all across the nation…In North Carolina, around the towel companies, they have all manner of remnant stores …..During the winter months, we even had some sawdust logs that we burned in our fireplace…logs made out of sawdust pressed under many tons of pressure, until they formed a log once again…..remnant sawdust which used to be thrown away.”

“… last week, we visited the home of Bro. & Sis. Humphreys and I had to say what I believe to be true… From where I sit, if suddenly the Communists were able to take control of the USA, I sincerely question whether as much as 25% of our people would remain true to the Lord.”

I have no idea what he is talking about here. It’s hard to recreate in imagination a time when so many were frightened of the “Communists.”

That’s all the family stuff in this blog.

Monday and Tuesday were AGO (American Guild of Organists) evenings for me.

On Monday, our chapter sponsored the visiting “Donia” artist, Yun Kyong Kim, to give a talk to us. She talked about her experiences as a musician, discussed how to organize yourself and give an organ recital.

A virtuoso musician, I’m really not sure who she was talking to that evening.

I has happy to see four college students in attendance. Two of these weren’t even organists (a violinist and pianist). I had put up a poster on campus touting this as a chance to hear a professional talk about her life. It’s possible this influenced the student attendance.

I took away a couple of things.

She recommended a book.

She also talked about programming and utilizing music already in your library. The latter is something that I try to do. She played a little bit of a Minuetto by Gigout for us, asking us who we thought the composer was. Then she pointed out that the little played piece was sitting in the standard collection of Gigout in many organists’ library.

I admit I pulled out my Gigout and decided to schedule this little piece for a week from Sunday. I will pair it with his Toccata which is a piece most organists are taught.

I see I’m over my self imposed word limit (around 500 words) for a blog, so I’m going to stop here. Monday evening (last night) Yun Kyong Kim played the Donia Memorial Recital. I attended and had some thoughts. But maybe  I’ll put that in a future blog.

Unfortunately my organ has developed a stuck note. This means it’s basically a one manual organ until the organ guy comes. So no trios for me for a while. Fuck.