I turned to Anne Carson’s second essay in Decreation: Poetry*Essays*Opera this morning. It’s called “FOAM (Essay with Rhapsody): On the Sublime in Longinus and Antonioni.” After yesterdays excursion into quotes it was another example of serendipity.

“What is a quote? A quote (cognate with quota) is a cut, a section, a slice of someone else’s orange. You suck the slice, toss the rind, skate away.”

Carson is using William Rhys Roberts’s 1907 translation of Longinus’s “On the Sublime.” 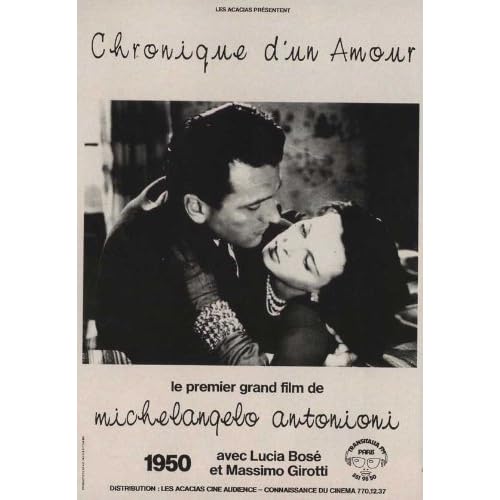 Specifically Carson refers to an incident when he was making the film “Story of a Love Affair.” 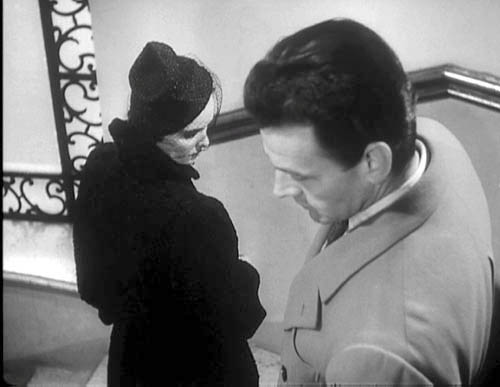 Longinus’s “On the Sublime” is a collection of quotes as well.

Carson’s essay is a complex dance through the ideas of documentary, quotes, and the violence of argument described (and in Antonioni’s case acted out) as the violence of repeated blows or slaps. This slap is from Ed Wood’s 1954 “Jail Bait” Antonioni slapped the actress Lucia Bosé while they were filming in order to draw a specific performance from her.

Carson likens Antonioni to Demosthenes as quoted and pondered by Longinus.

“In chapter 20 of On the Sublime, Longinus congratulates the Greek orator Demosthenes because he knows how to make his nouns rain like blows when recounting a violent scene:

‘By attitude! by look! by voice! the man who hits can do things to the other which the other can’t even describe!”

So I like the juxtaposition of me quoting Carson quoting Longinus quoting Demosthenes.

She calls this “spillage” (the title of this section of her essay).

“Watch this spillage, which moves from the man who hits, to the words of Demosthenes describing him, to the judges hearing these words [in the context of the original quote], to Longinus’ discussion of it and finally to you reading my account.”

Violence has a bad reputation these days since we are inundated with its carnage daily.

Etymological investigation reveals that there is more to the idea than physical actions. It also means “vehement” and “impetuous” in the original Latin. “Vis” in Latin means “strength” or “power.” 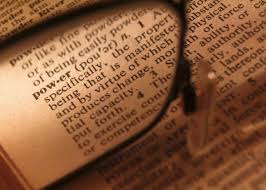 I  have experienced the need for violence in music making sometimes when the music itself calls for this. It has seemed to me as another expression of real human emotion.

Of Carson’s use of repeated blows as a metaphor for irrefutable argument delivered in punches, I am reminded of my one experience with boxing.

I think I was about eleven years old but I may have been older. It was in gym class. I dreaded gym class through high school but am not sure when this dread began. I know that I had some pretty weird experiences with other boys both in Tennessee and Michigan where I attended school.

In one of these classes, boys were paired off to box with each other. I remembered being relieved to be paired with George. He was a class goofy guy. Big ears, huge toothy grin, dull eyes, all surrounded by close cropped black hair. We put on our gloves. The teacher said go and George rained down blows on my head for the entire duration of the time we boxed.

I reflected that I supposed that was the point of boxing afterward as my head still was ringing.

On Both Sides in Syrian War, Doctors Are Often the Target – NYTimes.com

This makes me crazy. Both sides  killing health professionals. I think it’s mostly government doing it. But reports say it also happens in the rebellion side.

A glimpse of the daily stress on and even under the ground in Syria right now.

Letter Composed During a Lull in the Fighting
.
I tell her I love her like not killing
or ten minutes of sleep
beneath the low rooftop wall
on which my rifle rests.
.
I tell her in a letter that will stink,
when she opens it,
of bolt oil and burned powder
and the things it says.
.
I tell her how Pvt. Bartle says, offhand,
that war is just us
making little pieces of metal
pass through each other.
.
.
by Kevin C. Powers
from Poetry Magazine, Feb. 2009
quoted on 3Quarks daily for the Sunday Poem.
***
Celebrity Britten | TLS
Bookmarked to read. Said to be mostly for die hard Britten fans. You have been warned.
***
An A from Nabokov by Edward Jay Epstein | The New York Review of Books
A quick look at what it was like to have Nakokov as a teacher.
****
A Haunted House–Virginia Woolf (1882-1941)
The complete text of a short story by Woolf about ghosts searching for treasure in the place they had lived.
****