I finished Kate Atkinson’s novel, “When Will There Be Good News?”, last night. Very satisfying read. This author seems to enjoy developing intricate basically preposterous plots and sucking the reader in. At least this reader.

This is the third novel I have read by her. I plan to read the rest of her work when I can get a hold of it.

Authors (and composers and poets) are very real people in my life. A couple nights ago I dreamed about Anthony Burgess.

I have read most of his work. I dreamed about meeting him in a coffee shop. I knew it was him. Weirdly thought he looked like Alec Guinness.

I woke up without speaking to him. Fell back asleep and the dream began again. This time I engaged him in conversation about his books and had him autograph one for me. I think it was “Earthly Powers.” He turned the book upside down and wrote in it.

The characters in Atkinson’s books (the ones I have read so far)  are people with a past. People who are working on being in the present but whose past continues to hover about them.

Jackson Brodie (who is common to all three novels by her I have read) is an ex-policeman whose sister was raped and killed and whose brother committed suicide.  There are are two very interesting women in “When Will There Be Good News?” Dr. Joanna Hunter witnessed the brutal triple murder of her mother, sister and brother as a child. Reggie (who is herself still something of a child at sixteen) is dealing with the death of her mother.

All three of these characters keep me connected to this story which hinges on coincidences that keep piling up. “A coincidence is just an explanation waiting to happen,” Jackson Brodie repeatedly says in her novels. And that sums up a lot about Atkinson’s plottting.

In the interview in the back of my copy of this book, Atkinson confronts the problem of Americans needed to slot books and authors into genres and types. She lives in Edinburgh Scotland where her books also take place. She says:

“Once you put a detective into a book it becomes a crime novel. There doesn’t seem to be any way around that. Not that I wouldn’t want to write a crime novel but, you know, that’s it, it’s become one. I still don’t think I write crime novels but everyone else now does.”

Atkinson is one of the few writers I feel drawn to re-read.

I recently re-read “One Good Turn” and it was even a more comforting and entertaining read the second time. Be warned. Her stories are brutal in the way conscious life is brutal. That’s probably part of what attracts me to her and what I find oddly comforting. Escape reading that is situated in something believable. At least to me. Recommended.

I can’t help but wonder if some people I rub shoulders with at church have found this public blog and are lurking here. Yesterday someone stood up in the choir and suggested that it would be respectful if they didn’t sit and chat during the prelude.  And there were some murmurs of agreement. Odd.

I talk to my boss about this sort of thing. The problem is that a prelude in church is not primarily a musical performance. Something is happening at that time. People are gathering, connecting, chatting, greeting. This is actually a good thing when you think how hollow our lives really are (said the atheist church guy).

I do wonder what is going on in people when I offer something musical that I think is quite lovely and valuable and fragile and they don’t seem to notice.

I think it’s a bit societal. I tell my boss that people basically are shaped by their experience of music as something to turn on like a CD. So that musicians are sometimes little more than human loudspeakers. It’s a helpful analogy. It helps this musician understand that the intention behind weird treatment is mostly composed of ignorance and blissful unawareness.

Yesterday I had a brief time to tune the harpsichord between the two services. As I tuned several parishioners were gathered in rather loud conversation about ten feet away. Again the dilemma. I am perfectly capable of ushering people away when I need some quiet. I often do this when I am rehearsing with volunteer musicians. But in this case I didn’t know the people talking loudly. My sense of hospitality and my need to lead with a fragile gentle sense of music and sound kept me frozen in inaction. I kept thinking they would quit talking any minute or walk into the next room which has coffee and room to stand and chat.

But these people were not being willful. I doubt if they noticed what I was doing or if they did it didn’t occur to them that they were making it more difficult.

When I was in high school there was an artist I had a crush on. She insisted that artists create sort of “cone of concentration” when they work.

This was certainly buy valium india online true of the aforementioned Anthony Burgess who banged out his many novels on kitchen tables and other noisy domestic places.

But even as a high school student I pointed out that when people make noise and a musician is trying to concentrate and make music, it is like someone is writing or drawing on the writer or artists creation as they try to make it.

Anyway, the music went pretty well at church yesterday. The post service rehearsal was long but fruitful. I think the recital will be fun next Sunday. 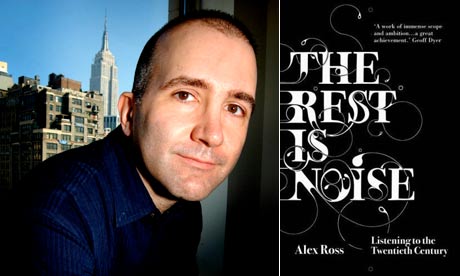 Recently Alex Ross (one of my heroes) wrote in an article in the New Yorker (frustratingly available online only to subscribers) about the people who came up with the great club in NY, NY called “Poisson Rouge.” He says:

“… Justin Kantor and David Handler, two classical musicians in their late twenties, opened a club called (Le) Poisson Rouge, on the site of the storied old Village Gate, on Bleecker Street. They had the idea that classical music would be best served not in the standard configuration–what Handler has called the ‘preacher-and-congregation seating arrangement” of the standard hall–but i a jazz-club setting, with patrons seated at tables, waiters serving food and drink, and performers talking about their work.”

I was able to attend an evening in this club this year and it was a gas to say the least.

I mention it here because next Sunday I am planning to do a choir recital with the audience seated around tables in the “Commons” area of the church. I modeled it on a concert I gave of my own work a few years ago in this same room. I feel it was probably one of the best presentations I have done in my life. I put the music group in the middle of the room, situated the PA speakers to either side facing in towards the musicians and seated the audience around tables around the room.

I have changed this a bit for the choir recital. No amplification of this music. And I have decided to put the singers off to one corner with the instruments between them and the listeners. I have done this in order to allow for a bit of space for the voices to blend better. Or at least not stick out individually. I won’t be able to totally overcome this due (I think) to the way this group now meets to prepare music right after church.

One stop shopping choir work (i.e. rehearsals and performances all in the same time block) has driven this director to think less about blend and more about whether people have learned notes. I spent a good deal of yesterday’s rehearsal re-rehearsing pieces we have actually sung in public, re-teaching notes. There was also some good honest learning of notes going on in some pieces we haven’t performed yet.

But we are a small group (about ten singers) some of whom have a tendency to come late to rehearsal or miss rehearsals. Desperately I have invited church members to drop in and join us to sing for a Sunday. So far very few have done so. Those who have have been cajoled by other desperate singers (not the director).

But I am working to accepting this situation and doing what I can with the time and people who choose to be present. Kind of a rule with me, I guess.

I woke up this morning thinking about my own sense of struggle, consciousness, and awareness. I keep thinking about that movie analogy I drew a few blogs ago.

First of all a line from a hymn has been in my mind recently:

The peace of god it is no peace but strife closed in the sod. Yet let us pray for but one thing, the marvelous peace of god.”

These words were written by William Alexander Percy. I remember the quiet thrill that went through me the first time I read them.  To long for the brutal conflict that consciousness can give rise to was a small revelation for me.

Awareness in my case breeds struggle. This is what I was thinking about as I thought of people living a movie and not living a life. Of course as my son points out I have my own movie. But in my movie one of the themes is trying to get out of the movie and into life.

Not “Second life” but seeking awareness of the brutality as well as the beauty of being alive.

I have owned my own sense of struggle for quite some time. It is who I am. Examining life from several points of view and trying to find the rationale of those I don’t understand and/or disagree with causes struggle.

Not to mention thinking about the complexity of living on earth at this time.

At the same time I treasure being alive. I think Howard Zinn put it well:

“The future is an infinite succession of presents, and to live now as we think human beings should live, in defiance of all that is bad around us, is itself a marvelous victory. “

But I realize all of this ranting can give a sense of someone who takes themselves too seriously rather than not seriously enough.

Hopefully that doesn’t describe me, but one never knows. heh.