Whew. Still whipped (as  my father used to say) from my trip. Today I have two ballet classes that I know of. The contractor left a message on my phone last night as we agreed and told me where to be for the morning classes. Skype asked me to update as I was trying to connect with Sarah in England yesterday. Of course it failed to work properly after that. She also updated and still nothing.

She called on the land line and while she and Eileen were chatting I installed the google plug-in and we ended up doing video/chat via that. The sound was garbled a bit on our side but at least the dang thing worked. I left feedback for Skype which is about as effective as my emails back and forth with my Republican representative Bill Huizenga about his opposition to Health Care. The House of Representatives is voting on this today, I think. Like I said to Eileen I don’t think Huizenga is all that bright. He’s a politician, ferchrissake. But I do suspect him and our governor of being pretty sincere in their views however mistaken. I asked him to at least urge his Republican colleagues to put forth an alternative to the Health Care program something they are reluctant to do. 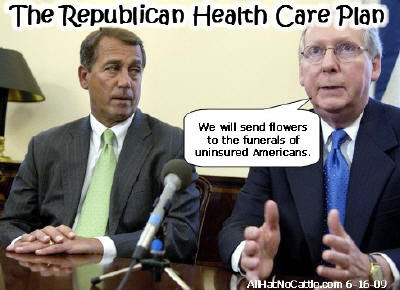 I did manage to get some organ practice in yesterday. Ran in to the guy who subbed for me and had a nice chat with him. Treadmilled.

This is all I have time for this morning.

This is as inspiring as fakey American Idol can be, I guess. I watched their videos on YouTube. Charming people doing lousy music.

Interesting ideas. I like his three options for drafting young people. He is aware that something so sensible has no chance of being implemented any time soon. But still, it’s good stuff in my opinion.