It’s all who you know around here

“It’s all who you know around here,” my friend Rhonda said to me over tea yesterday. She came over to play duets, but first conversation over tea. I was in a free fall mental space, stalled, all day yesterday. When we finally sat down to play, my brain was fried and I couldn’t play well.  Rhonda doesn’t mind, but that’s pretty much how my entire day went: free fall mental space. It was something to do with a busy Wednesday no doubt or as Ronda pointed out yesterday referring to my jet lat problems, “It’s hard when you’re old.” 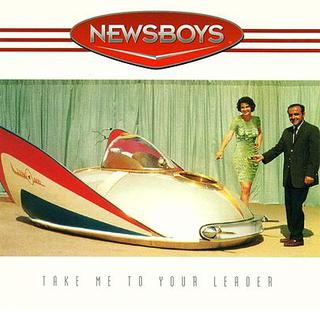 Strangling women in the suburban bush
they bodies laid around rotting while martinis are drunk
the commuters looking for their new yorkers feel a draft
& can get even drunker watching the teevee later on the Ford
replay. There will be streams of them coming, getting off
near where the girls got killed. Two of them strangled by
the maniac.
There are maniacs hidden everywhere cant you see? By the dozens
and double dozens, maniacs by the carload (tho they are
a minority). But they terrorize us uniformly, all over the place
we look at the walls of our houses, the garbage cans parked full
strewn around our defaulting cities, and we cd get scared. A rat
eases past us on his way to a banquet, can you hear the cheers
raised
through the walls, full of rat humor. Blasts of fire,
some woman’s son will stumble
and dies with a pool of blood around his head. But it wont be
the maniac. These old houses
crumble, the unemployed stumble by us straining,
ashy fingered, harassed. The air is cold
winter heaps above us consolidating itself in degrees. We need
a aspirin or something, and
pull our jackets close. The baldhead man on the television set
goes on in a wooden way
His unappetizing ignorance can not be stood, or understood.
The people turn the channel
looking for Good Times and get a negro with a pulldown hat.
Flashes of maniac shadows before
bed, before you pull down the shade you can see the leaves
being blown down the street
too dark now to see the writing on them, the dates, and
amounts we owe. The streets too
will soon be empty, after the church goers go on home having
been saved again from the
Maniac . . . except a closeup of the chief mystic’s face rolling
down to his hands will send
shivers through you, looking for traces of the maniacs life.
Even there among the mythophrenics.

What can you do? It’s time finally to go to bed. The shadows
close around and the room is still.
Most of us know there’s a maniac loose. Our lives a jumble of
frustrations and unfilled
capacities. The dead girls, the rats noise, the flashing somber
lights, the dead voice on
television, was that blood and hair beneath the preacher’s
fingernails? A few other clues

we mull them over as we go to sleep, the skeletons of
dollarbills, traces of dead used up
labor, lead away from the death scene until we remember a
quiet fit that everywhere
is the death scene. Tomorrow you got to hit it sighs through
us like the wind, we got to
hit it, like an old song at radio city, working for the yanqui
dollarrrr, when we were
children, and then we used to think it was not the wind, but
the maniac scratching against
our windows. Who is the maniac, and why everywhere at the
same time . . .

“Mythophrenia” is not in the Oxford English Dictionary. The above definition seems reasonable to me.

It interests me that when I read this poem for the first time earlier this morning, I was struck by the lines:

I love the idea of money being something dead and lifeless compared to the time in our lives. Then it hit me that this poem was title “Das Kapital.” The entire poem is about economics (as well as other stuff no doubt.”

The image of leaves blowing in the street that we see in the darkness as we peer out of our windows:

“too dark now to see the writing on them, the dates, and
amounts we owe”

Baraka has definitely made a poem, not an easy task. His beauty brightens my stalled morning.

Choosing organ music for All Saints

I have decided to repeat an 8 minute piece I learned for All Saints last year. It’s based on Sine Nomine, the tune for “For All the Saints” and is composed by Francis Jackson.

I am highly unmotivated for church work but that does not stop me from doing it as well as I can. I had to drag myself to church yesterday for what I call a “No Thank You Helping” of a rehearsal on this dam piece.

Jupe goes to the shrink

I have an appointment with Dr. Birky today. I’m wondering what we will talk about. I had some weird dreams in England but haven’t thought too much about them since. Maybe I’ll tell him I was “stalled” yesterday. Maybe I’ll wait and see what he thinks we should talk about. I’m in a better space today than yesterday but that’s not saying too much.

Another author to check out. He sounds excellent.

Two thirds of the world’s vertebrate wildlife could be gone by 2020, report warns – The Washington Post

One thought on “stalled”